Supported by the Henry Luce Foundation, the Berkeley Democracy and Public Theology Program (BDPTP) is a multifaceted, three-year project initiating the second phase of BCSR’s Religion in the World initiative. Building upon the Luce Berkeley Public Theology Program, the first phase of Religion in the World, BDPTP aims to advance both academic and public understanding of public theology, religion, and democracy, creating mutually beneficial conversations among them.

What is the relationship between theology and a democratic way of life? How does theology influence democratic practices?

As older boundaries between sacred and secular are transforming, we need to develop new ways of thinking about religion in public life and a new engagement with theology in the interests of exploring the possibilities of a common democratic future. Democracy and theology have shared a long, entwined, often conflictual, and above all vastly under-researched and rarely discussed history. How (and if) they might forge a constructive relationship now is essential to meet our new realities.

The goal of this new Program is to coordinate and concentrate both the unique academic and scholarly resources of UC Berkeley and its public reach on the question of how theology has shaped and continues to shape democratic thought and practice in the US and around the globe. By bringing our collective attention to the often conflicted relationship of theology and democratic life, we hope to transform assumptions about religion, secularity, and public culture common not just to our campus, but also nationally.

Our signature program includes a sequence of public lectures and seminars with a focus on themes chosen both for relevance and faculty expertise, including:

This Public Course series will examine theological contexts and motives of voting and deliberation in premodern societies. The series addresses the relationship between voting as the signal marker of democracy, and the rituals and theologies of both monotheist and polytheist societies. This series focuses on democracy as a central feature of religious life.

This Public Course series will examine the broader questions of the relationship between democracy and theology, using the case of republican politics in the past and in the present. The series will bring together historians, religion scholars, political theorists, political scientists, and legal scholars to explore the historical and contemporary varieties of republican religion in the hopes of developing a more robust way of imagining democratic norms and practices.

In addition to Public Courses, the Berkeley Democracy and Public Theology Program will convene three faculty research projects to advance scholarship on the topics below:

1. Theology and the University: The English Department (David Marno, English)

Building on BCSR’s previous work on theology’s role in the modern university, this project will investigate the historical and current relationship of academic disciplines and departments to theology. One stage of the project will focus on the vexed relationship between theology and the academic study of English, asking, among other questions, what we might learn from English’s history and practices regarding the relationship between scholarship, theology, and democracy in the current moment.

Interest in the democratizing potentials of social media (as well as their vulnerability to market capture and “bad actors”) makes this a propitious time to reexamine the Protestant Reformation as a print movement, the channel through which Luther’s contemporaries entered the age of mass communication. Of particular interest to this study is the case of seventeenth-century England, where religion changed more frequently than anywhere else in post-Reformation Europe, and the role of religion and media in the English Revolution.

Defying secularization theories, the political influence of theology has increased over the last few decades. Debates on religion often draw attention to how religion independently, or in combination with rising nationalism, gives birth to fundamentalist ideologies that undermine tolerance and democracy. However, a large body of academic research, varying from studies on present day Islamic mobilization in Indonesia to Catholic theology in the interwar Western-Europe, reveals a more nuanced relationship between doctrine and democracy.

Addressing religion and the current COVID crisis, we hosted a one-semester Religion and Pandemic virtual public forum, featuring interviews, conversations, and reflections with scholars on what it means to live, write, and think in our current moment.

For 2021-2022, we are delighted to offer a new Community Outreach Program, which features free interactive presentations and workshops by experts about the place of religion in our world today and the history of religion since antiquity.

In addition to public outreach efforts, Public Courses, Faculty research projects, and the Religion and the Pandemic virtual public forum, programming will include curriculum development, and a postdoctoral program. 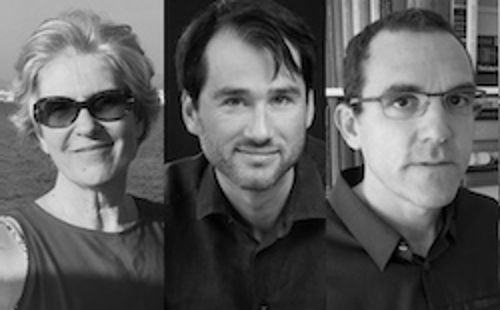 David Marno received his PhD in Comparative Literature from Stanford in 2011, and began teaching at UC Berkeley the same year. Marno teaches English Renaissance poetry and drama. He is currently serving as the Co-Director of the Berkeley Center for the Study of Religion.

Jonathan Sheehan is the former Co-Director of the Berkeley Center for the Study of Religion, and the principal investigator for the “Berkeley Public Theology Project” funded by the Henry Luce Foundation. Sheehan is a historian, and has taught at Berkeley since 2007.

About the Henry Luce Foundation

The Henry Luce Foundation seeks to enrich public discourse by promoting innovative scholarship, cultivating new leaders, and fostering international understanding. Established in 1936 by Henry R. Luce, the co-founder and editor-in-chief of Time, Inc., the Luce Foundation advances its mission through grantmaking and leadership programs in the fields of Asia, higher education, religion and theology, art, and public policy.