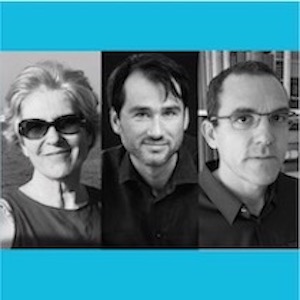 Now in its eighth year, UC Berkeley’s interdisciplinary Berkeley Center for the Study of Religion appreciatively announces that it has received a $500,000 grant spanning three years from the Henry Luce Foundation to examine how theology has influenced, and continues to influence, democratic practices. Professors and BCSR Co-Directors Karen Barkey (UC Berkeley) and David Marno (UC Berkeley), and Professor and BCSR Co-founder Jonathan Sheehan (UC Berkeley), will be the Principal Investigators.

“Because UC Berkeley does not have a formal department of religion, Berkeley faculty and graduate students whose research concerns religion have long been based within a range of other departments across the university. Over the last several years, Berkeley’s Center for the Study of Religion has become a hub that draws these scholars and a wide range of others into sustained engagement with one another. Through a program in ‘public theology’ supported by an earlier Luce Foundation grant, for example, the Center has sought to develop a space for the study of theology in the public university. Building on this recent work, BCSR now seeks to extend and refine its attention to theology, through a public-facing project focused specifically on theology and democracy. We are delighted to support this important new initiative.” – Jonathan VanAntwerpen, Program Director, Henry Luce Foundation.

The multifaceted Berkeley Democracy and Public Theology Program funded by the grant will allow the Center to address the question: What is the relationship between theology and a democratic way of life? A question which has never been more urgent, as older boundaries between sacred and secular are transforming, and traditional democratic and religious institutions are under tremendous pressure from pandemic, globalization, new nationalisms, soft autocracies, and new society-altering technologies and media. The current moment necessitates the development of new ways of thinking about religion in public life and a new engagement with theology in the interests of exploring the possibilities of a common democratic future.

“In a historical moment marked across the globe both by demands for more democracy and efforts to resist those demands, understanding how theology constrains and enables democratic practices is of paramount importance. I congratulate the team that put together this superb proposal. It will be a critical addition to Berkeley’s new multidisciplinary campaign theme on Democracy.” – Raka Ray, Dean, Division of Social Sciences, UC Berkeley.

The Berkeley Democracy and Public Theology Program builds upon the Luce Foundation supported Berkeley Public Theology Program (2016-2020) to integrate academic research, student engagement, and a new outreach effort to the public. Its signature program includes a sequence of public lectures and seminars with a focus on themes chosen both for relevance and faculty expertise, including theological contexts and motives of voting in both ancient and modern societies, the role of religious institutions and accommodations in American healthcare, and the relationship between theology and republican politics in the past and in the present. In response to the current COVID crisis, the program will host a one-semester Religion and Pandemic virtual public forum. We will continue initiatives to nurture faculty collaboration, develop curriculum in religious studies to coordinate with the new Designated Emphasis in Religious Studies, and enrich ongoing research and pedagogy through a postdoctoral program.

“I am delighted to see that, with the generous support that the Luce Foundation has provided, the Berkeley Center for the Study of Religion will continue to keep questions of religion in dialogue with so many of the issues that are of importance to the public sphere. If ever there was an urgent need for this dialogue, that time is now!” – Anthony J. Cascardi, Dean, Division of Arts and Humanities, UC Berkeley.

The goal is not only to share the cutting-edge knowledge that we expect our faculty projects to yield with the larger public, but to use these conversations about religion to think about the place of academic knowledge about theology in society and of the place of theology in academia.

BCSR’s Berkeley Democracy and Public Theology Program builds on an infrastructure of inquiry among faculty, graduate students, staff, and the campus more widely. Housed in the Consortium for Interdisciplinary Research, BCSR also coordinates closely with other institutional spaces and actors at Berkeley with similar goals, such as the Othering and Belonging Institute and the Center for Democracy, Toleration and Religion.

About the Henry Luce Foundation
The Henry Luce Foundation seeks to enrich public discourse by promoting innovative scholarship, cultivating new leaders, and fostering international understanding. Established in 1936 by Henry R. Luce, the co-founder and editor-in-chief of Time, Inc., the Luce Foundation advances its mission through grantmaking and leadership programs in the fields of Asia, higher education, religion and theology, art, and public policy.