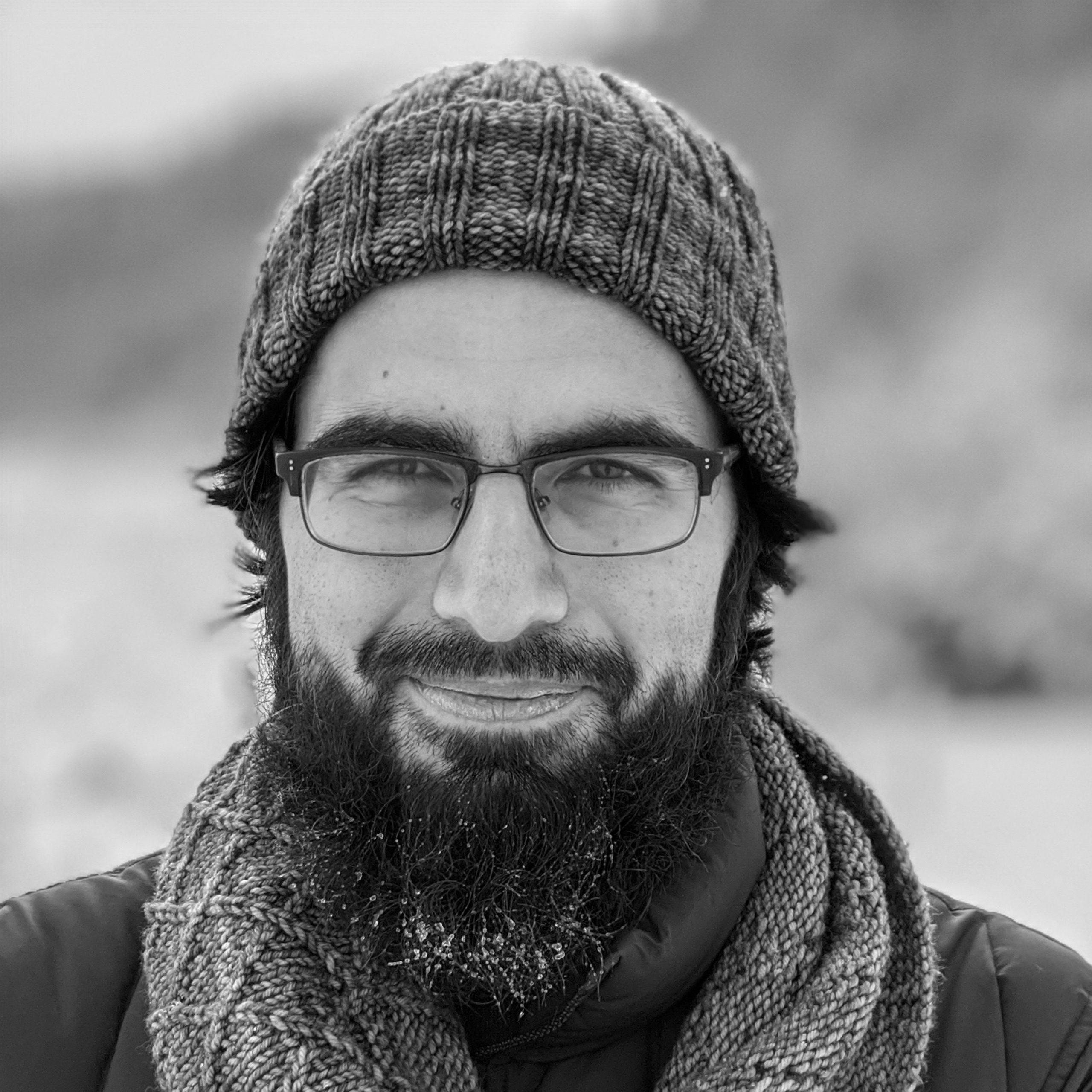 As part of our ongoing interview series, BCSR recently caught up with Basit Iqbal, who was a 2018 recipient of a BCSR summer research grant. He is a SSHRC Postdoctoral Fellow in the Department of Anthropology at the University of Alberta. He received his PhD from the UC Berkeley Department of Anthropology with a designated emphasis in critical theory in December 2019. His dissertation,“Tribulation and Repair: Islamic Humanitarianism after the Syrian War,” is an ethnography of religion and refuge in the aftermath of violence and dispossession. Based on fifteen months of fieldwork in Jordan and Canada, it elaborates how refugees and aid workers relate to each other and to the ongoing catastrophe in Syria through inhabiting the tradition of Islam. His publications have appeared in the journals Qui Parle (26:1), Method and Theory in the Study of Religion (31:3), Anthropological Theory (forthcoming), and The Journal of Religion (forthcoming). In Fall 2020, he will join McMaster University as Assistant Professor of Social-Cultural Anthropology.

BCSR: What experiences from BCSR do you draw upon now? Was there a particular transformational event or relationship that took place while you were at Berkeley? How do BCSR and other programs differ from one another?

Iqbal: Most of the courses I took at Berkeley were with faculty affiliated with BCSR. These included Jonathan Sheehan’s class on uncanny secularization in early modern Europe, a seminar on Islamic legal theory with Asad Q. Ahmed, and of course my dissertation committee members’ courses on secularism & secularity (Saba Mahmood), history & trauma (Stefania Pandolfo), and modernity & historicity (Charles Hirschkind). I warmly remember also a reading group with Saba on anthropological approaches to sharia and another with Samera Esmeir in which we read (among other things) Agamben’s excavations of monastic life. With young children at home I didn’t make it to many campus events but, looking back, most of those I attended or participated in were convened or co-sponsored by BCSR—including notably a workshop on psychoanalysis and religion, a symposium on philosophical critiques of the secular, and a conference (which I co-organized with Samera) on diverse conceptualizations of the Islamic past. Through a stint as the BCSR graduate student researcher too I came to appreciate the range of campus initiatives (many of which are public-facing) the Center supports—appreciating how the Center has become a space to cultivate an impressively critical and interdisciplinary education in the study of religion writ large, even without offering a formal religious studies degree.

BCSR: What role did BCSR play in your academic journey?

Iqbal: Among other roles, the BCSR partially funded my summer 2018 research in Jordan. There, I continued my work with local Islamic charities, including observing their special Ramadan programs (e.g. iftār dinners for Syrian widows and orphans in informal tent settlements on the Jordan-Syria border). In June that year, with BCSR support, I flew to Beirut to attend a conference on violence and migration hosted by the Lajeh program of the Institut Français du Proche-Orient, where I learned about the current work of (mostly European) researchers among populations of displaced Syrians in Jordan, Turkey, and Lebanon.

All of this was extremely helpful. But the research supported by BCSR proved essential to my dissertation for unanticipated reasons as well. This is because in June 2018, the Syrian regime’s methodical and ruthless campaign to reconquer the country turned toward the southern governorate of Daraa (from whose eponymous capital the revolution had first erupted in 2011). Tens of thousands of people fled their homes, many toward the southern border with Jordan. But the Jordanian government insisted it could not host any more refugees; the border would remain closed. Meanwhile, Jordanian families and small businesses gathered water bottles and blankets, medicine and bread in a square in the border town of Ramtha. The international aid organizations, however much they were committed to humanitarian principles of independence and neutrality, could do nothing to transport these gathered supplies across a closed border. But the local Islamic charities saw the closed border as an impediment to be overcome, not an insurmountable barrier, and managed to work out a deal with the government to transport it across in military trucks. This episode illustrated for me the territoriality of the humanitarian world as well as the greater flexibility (and perhaps ambivalence) of religious traditions which inherit decidedly non-territorial notions of community. The time I spent in Ramtha with an imam from Daraa, listening to the bombardments falling across the border, was some of the most intense fieldwork I completed for this project. 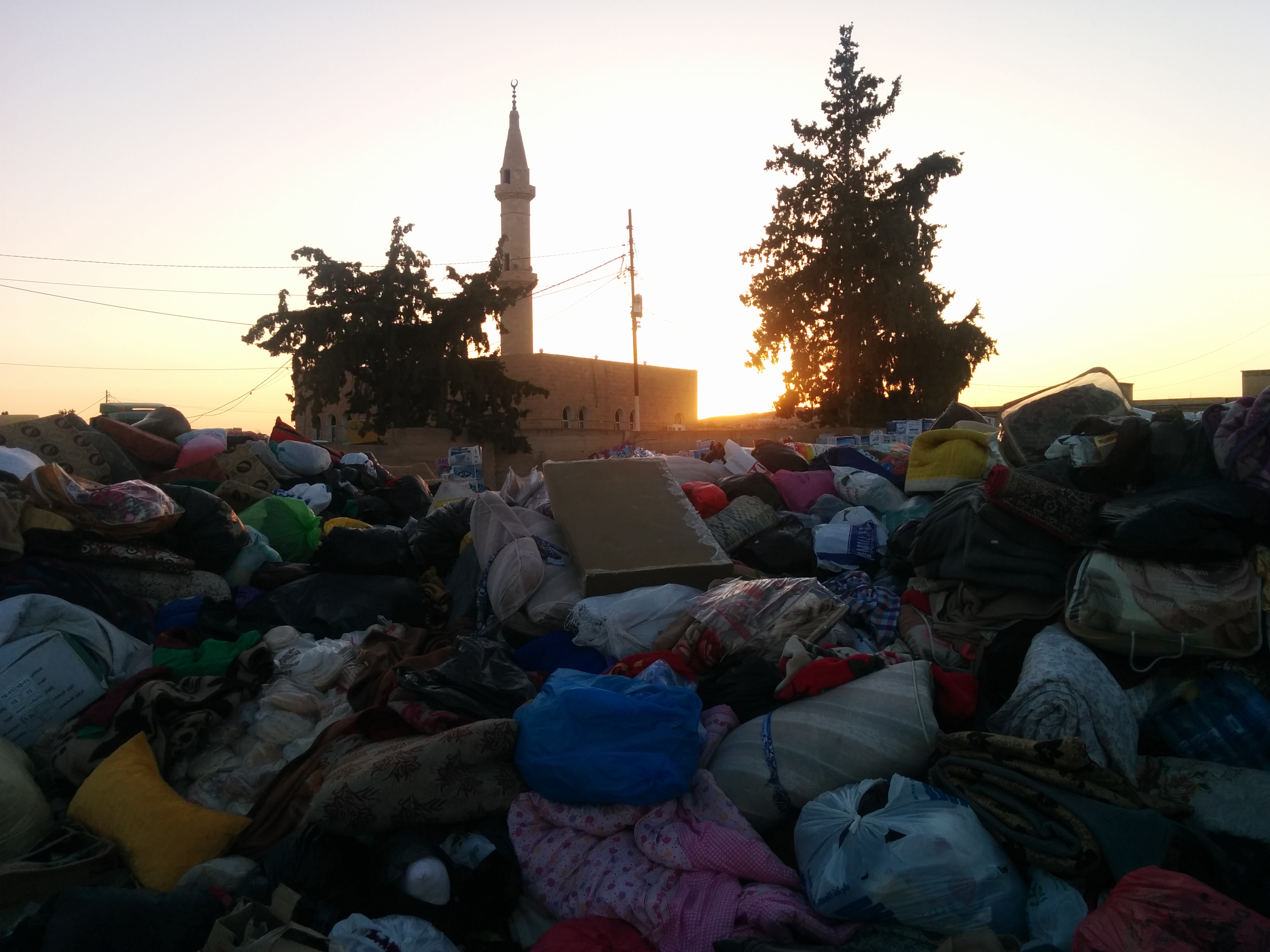 BCSR: What are you working on now?

Iqbal: Well, in the month since submitting I’ve largely been “working” on cooking a lot and catching up on the television (The Expanse, Watchmen) and novels (Sally Rooney, Amitava Kumar) I saved until I was done. I’m now enjoying Mathias Énard’s Compass, an expansive romance of Orientalism anchored by the insomniac ruminations of an aging musicologist recalling his travels to Aleppo and Istanbul, Damascus and Tehran. It’s a reflection on loss and melancholy but also is such a pleasure to read, I laugh with surprise at its humor every time I pick it up.

In terms of writing, though, I’m starting work on my book proposal. I am co-writing a couple of articles with friends on the topics of charity and destruction. And I’m also preparing a couple of sections from my dissertation for publication. The first of these is an essay outlining three distinct figures of the umma (Muslim community) in contemporary Islamic political theology. These figures—community interrupted, community abandoned, and community ruined—permeate debates around the Syrian war, where they clearly mark the difference of our time from the robust pan-Islamism of the early twentieth century and the exhausted post-Islamism of the late twentieth century. They also disclose different ethical and political relations. The second essay elaborates the theorization of humanitarianism by the director of one charitable association in Jordan. By observing how he locates an Islamic conception of humanity at the heart of the international aid apparatus, I engage some of the polemics around secularism and universality that have emerged in the past two decades.

As part of my postdoc, finally, I’m also beginning research for my second ethnographic project. As I conducted my fieldwork with Syrian newcomers and aid workers in Canada, I noted how cultural anxieties about refugees’ so-called “integration” echo the questions routinely asked about Muslims. Literature on Canadian Muslims is obsessed with the question of their “belonging,” whether posed in the idiom of multiculturalism or that of security. My new project, which is based in Edmonton (site of the first mosque in North America), considers how the Canadian state disciplines the temporal horizons of Islam in Canada while drawing out the complex chronotopic regimes of Muslim practices.