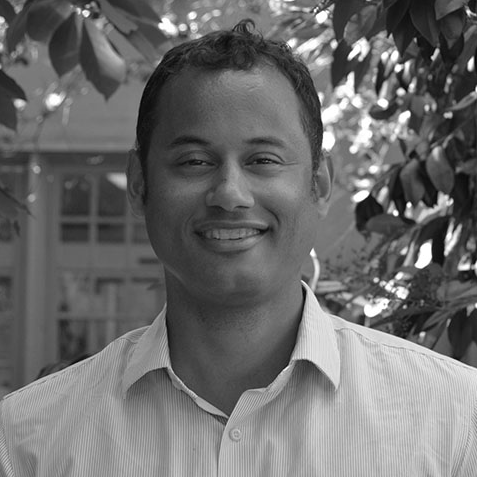 As part of our ongoing 5 Questions series, BCSR recently caught up with Daniel Steinmetz-Jenkins, the 2016-2017 Berkeley Postdoctoral Fellow in Public Theology. Now with the Jackson Institute for Global Affairs at Yale, Jenkins shared his thoughts on his time at Berkeley and the place of BCSR in the wider religious studies landscape. We also asked about his current and forthcoming work, notably volumes on, respectively, neoconservatism in a transatlantic perspective, Foucault on neoliberalism, and global Christian human rights. He’s also begun work on his next project, tentatively titled “The Rise and Fall of Global Secularism since the Cold War.”

What experiences from BCSR do you draw upon now?

I experienced a place where I could work and interact with scholars from numerous departments at BCSR. This afforded me an incredible opportunity to discuss a variety of topics from the vantage point of multiple disciplinary perspectives. I walked away from BCSR committed to doing interdisciplinary work. Prior to BCSR, I had never had such an experience, and I am grateful to BCSR for richly providing it.

Was there a particular transformational event or relationship that took place while you were at Berkeley?

As part of my postdoc I was required to give a lecture regarding my current academic project, which concerns the transatlantic origins of neoconservatism. As the Trump election caught everyone off guard, I felt lots of students, in particular, were looking for answers. I decided to give a lecture on Trump and the question of religion and politics. I think academics should try to help the larger community understand what is going on in the world. It was a bit of a risk to give such a talk, especially since Trump had just been elected, yet I came away with the deep impression that centers like BCSR can serve the public good.

What role did BCSR play in your academic journey?

It would be hard to overstate how many windows opened up as a result of my time at BCSR. The talk I gave on Trump turned into a co-written article for The Atlantic, which resulted in numerous speaking invitations. I organized a conference at BCSR on “What Comes After the Critique of Secularism?” My time at BCSR led to an invitation to be a visiting assistant professor in the Department of Religious Studies at Yale this past academic year. Subsequently, I received a multi-year position at Yale’s Jackson Institute for Global Policy to teach religion and global politics courses. Ultimately, I would say that I left Berkeley with a vision for my academy journey, which was not all that refined before my arrival.

How do BCSR and other programs differ from one another? How are they similar?

BCSR, as far as I know, is an entirely unique program. The fact that it has a public theology program whose mission is to give students, professors and the wider community an understanding of the historical, political and societal significance of theology is exceptional for the secular academy. I think institutions like it are actually the future for religious and theological studies in the country. There needs to be a place for universities that do not have divinity schools or religious studies programs space to discuss theological and religious matters, especially given the state of our world today.

The public theology aspect of the program in unique. What does it mean when not just one department, but the whole university partakes in a discussion of religion and theology under the auspices of a center committed to the university and the community which surrounds it? Also of interest is that BCSR events attract the attention and attendance of the general public.

What are you working on now?

Right now, I am working on multiple projects. I have a book I plan to submit to Columbia University Press in December that looks at the history of the neoconservative movement from a larger transatlantic perspective. In the spring, a coedited volume on Michel Foucault’s thinking on neoliberalism will appear. And later next year, a coedited volume on the history of global Christian human rights during the 20th century will be published by Cambridge University Press. Ultimately, my work as a historian ranges from the global Cold War until the present moment. In this regard, I am beginning to work on my second project, which I am tentatively titling, “The Rise and Fall of Global Secularism: From the Cold War to the Present.” In many ways, it could be looked at as providing an alternative historical understanding of what today is described as the crisis of liberalism, democracy, populism, etc. Other than this, I continue to write general audience essays, and to give talks whenever I can. I guess my aim for the future is to publish quality scholarly work, and to pursue opportunities to address the general public on matters related to religion and politics.