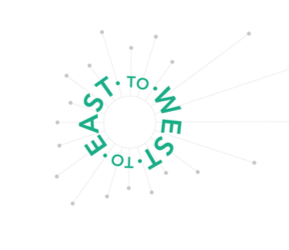 Translating Religion and Theology in Europe and Asia: East to West

Please visit the Translating Religion and Theology in Europe and Asia: East to West special event page for the complete workshop program.

“Translating Religion and Theology in Europe and Asia: East to West” is a three-day workshop (March 22-24) on the European reception of knowledge about East Asian thought, and most importantly how this reception shaped, and was shaped by, terms like “religion,” “theology” and “philosophy.”

There was a time when stories about East Asian beliefs and practices fascinated Europeans as expressions of a prisca theologia, a true theology. As such, their differences from Christianity were productive both for those who wished to portray East Asian expressions as corrupted and inferior to European ones, but also for those who found in those differences the potential to enrich European thought, often in tandem with arguments in favor of tolerance and pluralism, or assertions about the limitations of understandings of the world that did not account for such differences. While much has changed in the last few centuries, discussions of East Asian religious traditions still often portray them as the expression of universal religious impulses, or assume that the common denominators of religion —be they deities, an “ultimate concern,” or an experience of the sacred – may be found in every culture.

Recent work on the way that the pre-modern history of East Asian traditions, and on the modern reconfiguration of the traditions to conform to universal models in the 19th and 20th centuries, have taken issue with the usefulness of those universal models. At the same time, in the last few years, works like Before Religion: A History of a Modern Concept and Imagine No Religion: How Modern Abstractions Hide Ancient Realities have questioned the utility of these models for the pre-modern period more generally. The Berkeley Public Theology Program’s “Translating Religion and Theology in Europe and Asia” series examines the ways that categories such as “religion,” “theology,” and philosophy have been negotiated and applied across cultures. This workshop brings together scholars who are re-describing the impact of the translingual practice around key terms concerning religion and the state (e.g. theology, secular, atheism) in East Asia and in Europe and America, critically re-formulating outdated categories, and addressing the location of East Asian traditions in the humanities and in society more broadly.