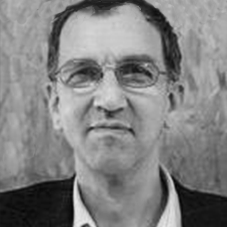 The Study of Contacts Between Cultures: The Case of Sino-European Encounters in the Seventeenth Century

This is the keynote lecture of the multi-day workshop Translating Religion and Theology in Europe and Asia: East to West.

This presentation takes theories of communication and philosophy of alterity as a starting point to study the methodology of the history of contact between cultures. It first discusses three different frameworks that have been employed in the study of the cultural contacts between China and Europe in the seventeenth century: the transmission, reception and invention frameworks. Next, the presentation proposes a fourth framework, the interaction and communication framework, which develops the previous frameworks by stressing the reciprocity in the interaction between transmitter and receiver and centers around the notion of “in-­betweenness.”

Nicolas Standaert is professor of Sinology at the University of Leuven, Belgium. His recent publications include: The Intercultural Weaving of Historical Texts: Chinese and European Stories about Emperor Ku and His Concubines, Leiden: Brill, 2016; Chinese Voices in the Rites Controversy: Travelling Books, Community Networks, Intercultural Arguments, Rome: Institutum Historicum Societatis Iesu, 2012; The Interweaving of Rituals: Funerals in the Cultural Exchange between China and Europe, Seattle: University of Washington Press, 2008.

Co-sponsored by the Institute of East Asia Studies of UC Berkeley.