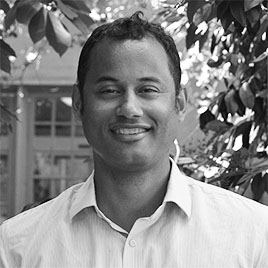 Religious Realignments in the Trump Era

The success of populist movements in Western Europe and the United States has created conditions for the formation of new coalitions between religious groups and political ideologies that once stood hostile to each other. We are now experiencing a convergence between the political views of conservative Evangelicals in the United States and so called traditionalists in Russia. Russia’s lack of freedom — something for which the Soviet Union was condemned — now seems to provide a model for reestablishing America as a Christian nation.

A different kind of convergence is on display with secular nationalist parties in Europe, who are seeking to form coalitions with Catholic and Protestant Christians in their mutual attempt to preserve “Western Civilization” against a feared Islamic takeover. Secularism for these groups does not represent universalism or religious tolerance but just the opposite.

Yet one of the more curious realignments is taking place on the Left. In many ways the pontificate of Francis has been championed not by the faithful but by atheist materialists who share his concerns about the ills of capitalism, environmental degradation, and the plight of refugees.

This presentation attempts to outline what is driving the realignment of religion and politics in the Trump era. In doing so it also suggests that the turn towards nationalism in European and American politics must compel secularism’s critics on the Left to reformulate the concept instead of merely being content to point out its limitations.

Daniel Steinmetz-Jenkins is the Berkeley Postdoctoral Fellow in Public Theology for the 2016-17 academic year. He is the managing editor of Immanent Frame, the Social Science Research Council’s online religion forum, and recently received his Ph.D. in Modern European History from Columbia University. His work primarily focuses on twentieth-century Western European intellectual, religious, and political history with subsidiary interest in American history and religious studies. His dissertation, “The Other Intellectuals: Raymond Aron and the United States,” examines Aron’s critical views of various schools of American thought devoted to modernization theory, neoliberalism, and international relations theory. At BCSR Steinmetz-Jenkins will be working on a manuscript titled “Religion and the Left Since 9/11.” He has written for The Nation, The Times Literary Supplement, Dissent, The Los Angeles Review of Books, and elsewhere.