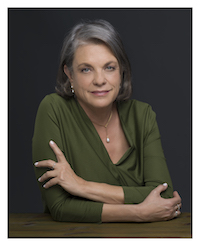 Nationalism has returned to the world stage in its most dangerous and disruptive manner. Its effects have divided nations into us versus them and it has reared its ugly head in especially the form of religious nationalism that can appeal to more emotive and destructive actions. In this discussion we would like to bring forth the more enlightened and cohesive understandings of nationalism to imagine a different future for those countries beleaguered by nefarious movements of exclusion.

This fall, a conversation between Yael Tamir and Daniel Sargent (UC Berkeley, History) will address the following questions: Can Nationalism be reimagined in a way that promotes social solidarity and a peaceful, cross-class society that acts for the greater good? Is it possible to marry liberalism and nationalism to form a more constructive ideology operating in a global setting? Daniel Sargent will serve as the interlocutor offering a unique historical perspective to the conversation.

Yael (Yuli) Tamir is the President of Beit-Berl College and an adjunct professor at the Blavatnik School of Government Oxford. She was a deputy speaker of the Israeli Parliament (the Knesset) and served as Israel’s Minister of Immigration (1999-2001) and Minister of Education (2006-2009) representing the Labor party.

Tamir received her BA and MA from the Hebrew University and her Ph.D. in political philosophy from Oxford University where she worked under the supervision of Sir Isaiah Berlin. She was a professor at Tel-Aviv University and a visiting professor and a scholar-in-residence at: Princeton, Harvard, the University of Pennsylvania, the Central European University in Budapest and New York University.

Tamir is the author of Liberal-Nationalism (Princeton University Press) and Who is Afraid of Equality? Society and Education in Israel (in Hebrew), as well as numerous articles in the fields of moral and political philosophy, philosophy of education, feminism and human rights. She is the editor of Democratic Education in a Multicultural State (Blackwell) and Moral and Political Education together with Professor Stephen Macedo (New York University Press). Her most recent book Why Nationalism was published with Princeton University Press (Jan 2019).

Professor Tamir is a founding member of the Israeli peace movement “Peace Now” and served as the chairperson of the Israeli Association of Civil Rights.

Daniel Sargent is Associate Professor of History at UC Berkeley. His research interests include international relations, political economy, human rights, and US foreign relations. He is the author of A Superpower Transformed: The Remaking of American Foreign Relations in the 1970’s (New York: Oxford University Press, 2015). A faculty member of the Goldman School of Public Policy, Sargent is an advocate for understanding political and societal challenges through the large lens of historical dynamics rather than using conventional paradigms, allowing broader understanding of issues and movement towards constructive solutions.

As part of the Berkeley Democracy and Public Theology Program, BCSR’s Public Forum on Religion and Pandemic brings together scholars and the public to address the current pandemic and its commensurate crises, exploring the intersection between religion and timely topics such as the environment, public health, elections and democracy, religious freedom, and nationalism in order to foster dialogue and reflection.

Presented by the Berkeley Center for the Study of Religion with generous support from the Henry Luce Foundation and the Doreen B. Townsend Center for the Humanities, and
co-sponsored by the Center for Democracy, Toleration, and Religion (CDTR), and the Social Science Matrix. Technical support and presentation offered by UC Berkeley College of Letters & Science, Division of Arts & Humanities.