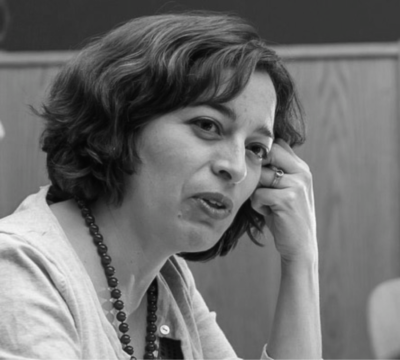 “Things” can help us understand social identities, relationships, and practices in the medieval world, especially in situations where textual documentation is minimal or completely absent. This paper explores how pseudo-Arabic motifs on medieval Christian buildings and objects materialized social identities and spiritual authority among monastic communities across the eastern Mediterranean, thereby attesting to an interconnectedness that is only thinly documented in the written record. When contextualized within networks of religious, cultural, and political traffic, pseudo-Arabic “inscriptions” reify social affiliations and distinctions, although not always in a manner consistent with modern assumptions about linguistic identity in the medieval Mediterranean world. In Christian contexts, pseudo-Arabic could stand for the authority of ancient monastic communities in the Holy Land, a region where Arabic was not only the dominant colloquial language but also a language of Orthodox Christian theological discourse.

This event, part of the Dillenberger Lecture Series of the Graduate Theological Union, will be held at:

​Alicia Walker (PhD 2004, Harvard University) is Associate Professor in the Department of History of Art at Bryn Mawr College. She teaches broadly on topics of medieval art and architectural history as well as modern medievalism. Her current research focuses on cross-cultural artistic interaction between the Byzantine and medieval Islamic worlds and gender issues in Byzantine art and material culture. Her book, The Emperor and the World: Exotic Elements and the Imaging of Middle Byzantine Imperial Power was published by Cambridge University Press in 2012. Professor Walker’s research has appeared in journals such as Gesta, Studies in Iconography, Travaux et Mémoires, Art Bulletin, Muqarnas, and Ars Orientalis. She is the recipient of a 2015 ACLS Ryskamp Fellowship (which she will hold in 2016-2017) to conduct work on a book-length project provisionally titled Christian Bodies, Pagan Images: Women, Beauty, and Morality in Medieval Byzantium.