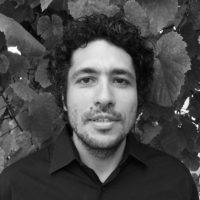 Politics of Religion in Post-Coup Turkey

While there remain many unanswered questions regarding the July 2016 coup attempt, most Turkish citizens seem to agree with the government that putschists were linked to Fethullah Gülen and the Hizmet movement. Although the government was decisive about what some call “de-Gülenification” in state and private sectors, the possibility of a coup organized by a group of devout Muslims has puzzled many Muslims in Turkey. How could relatives, neighbors, and friends, who they knew as fellow devout Muslims, turn out to be part of a group that is responsible for this violent event? The focus of this talk is less on the coup attempt itself, than on the kinds of Muslim politics such unsettled habits and commitments have generated. In the first part, the growing visibility of reformist discourses in response to the post-coup soul-searching is discussed. Telliel argues that although security concerns and reformist aspirations never fully overlapped, their alignment has contributed to the detachment of “religious” questions (e.g., what is Islamic, or not) from thorny questions of political responsibility. In the second part, he shows that the fixation on the coup’s “religious” cause has created a situation especially favorable for revanchist religious nationalists, who target not only liberals and socialists, but also Islamic intellectuals and activists who are critical of state violence and neoliberal development.

Yunus Doğan Telliel is a postdoctoral fellow at the University of California’s Berkeley Center for the Study of Religion. He completed his PhD in Cultural Anthropology at the City University of New York, Graduate Center. He is currently working on a book, tentatively titled What is the Language of Islam?, in which he examines the relationship between secularism, science, and Islam, through the lens of translation.

Co-sponsored by the Center for Middle Eastern Studies.