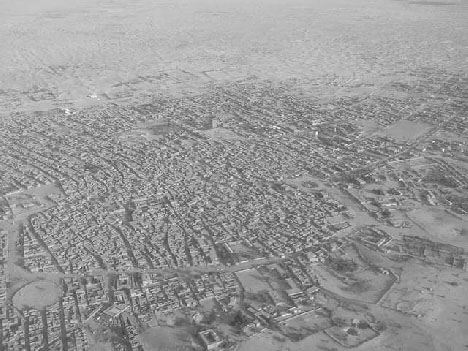 Myths and Manuscripts: Rethinking the Place of Timbuktu in the Intellectual History of Muslim West Africa

“The Malian town of Timbuktu is widely understood as the epicenter of Muslim intellectual history in West Africa. The ever-expanding numbers of Arabic manuscripts which are claimed as extant in Timbuktu has only further cemented the idea of the town as the font of a late-medieval high intellectual culture which rivaled other famous Muslim intellectual centers in Morocco and Egypt. I propose a critical reevaluation of the place of Timbuktu in the intellectual history of Muslim West Africa on the basis of an analysis of the extent to which scholarly production in Timbuktu was incorporated into other writings produced by Muslim scholars elsewhere in the West African region. For practical purposes, my paper will focus on a selection of jurisprudential texts produced across the region between the 16th and early 20th centuries. I will argue that the degree of the intertextuality in West African jurisprudential writing—in other words, how often West African writers cite other West African writers—is an indication of the influence, and the extent, of organic, interconnected reading communities historically. The evidence suggests Timbuktu, after its zenith in the 16th century, ceased to be an especially important site in the intellectual tradition which was centered in Mauritania. My paper will attempt to re-situate Timbuktu in the intellectual history of Muslim West Africa.”

Bruce Hall joined the UCB Department of History in fall 2017. His research is focused on the intellectual and social history of a region of West Africa called the Sahel, which straddles the southern edge of the Sahara Desert. It encompasses the modern countries of Mauritania, Mali and Niger. He has conducted extensive research in and around the northern Malian town of Timbuktu, in a sub-region of the Sahel called the Niger Bend. Timbuktu is the site of remarkable collections of written sources in Arabic from across the Sahel and further a field in the Muslim world.

Co-sponsored by the Center for African Studies.