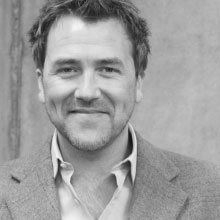 Muslim Travels and the Making of Tolerance

How does tolerance come about? And are there particular conditions or experiences that help generate it? Taking an historical rather than a theological or apologetic approach, this lecture uses the Urdu and Persian journals written by Afghan, Iranian and Indo-Pakistani travelers to recreate particular Muslim meetings with non-Muslim peoples from distant parts of the planet. From the experiences of Iranian students in Jane Austen’s London to the European tours of Afghan monarchs and early twentieth century Muslim journeys to America and Japan, the records of these encounters allow us to trace the development of new attitudes to non-Muslim peoples and their various religious and cultural systems. By focusing on particular Muslims rather than defending the collective tolerance of Islam, the lecture develops an approach that is also capable of grappling with the simultaneous creation of intolerance.

A specialist on the Muslim communities of India, Pakistan, Afghanistan, Iran and the Indian Ocean, Nile Green’s research brings Islamic history into conversation with global history. He is a Professor of History at UCLA and founding Director of the UCLA Program on Central Asia. He was previously Lecturer in South Asian Studies at the Manchester University and Milburn Research Fellow at Oxford University.

He is the author of six monographs, including Islam and the Army in Colonial India: Sepoy Religion in the Service of Empire (Cambridge, 2009), Bombay Islam: The Religious Economy of the West Indian Ocean (Cambridge, 2011; winner of the Middle East Studies Association’s Albert Hourani book award and the Association for Asian Studies’ Ananda K. Coomaraswamy book award), and Sufism: A Global History (Wiley-Blackwell, 2012). His newest book is entitled Terrains of Exchange: Muslim Encounters from India & Iran to America & Japan (Oxford University Press, forthcoming 2014). He has lived and researched among Muslim communities from India, Pakistan, Afghanistan and Iran to Morocco, Syria, Yemen and China.