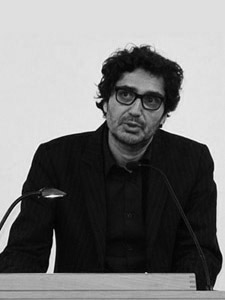 Avinoam Shalem, Riggio Professor of the History of the Arts of Islam, Columbia University; Robert Sterling Clark Visiting Professor at the Clark Institute in Williamstown, Massachusetts.

The “Sacred” and the “Holy” (haram in Arabic and, to some extent, al-quds or al-muqaddas), are Semitic words (see Herem and Kadosh in Hebrew) denoting the act of separation, parting, or setting aside, and imply the apparent human faculty of setting distinctive borders between holy and profane zones. Constrained to time, these spaces become chronotopes. But, whereas the sacred space appears as totally autonomous and linked to the eternal, the profane zone seems to exist as bound to historical time. This supposition results in assigning terms such as “common,” “habitual,” and “ephemeral to historic times, as opposed to “pure” and “intact” designating the “Holy” as linked to everlasting time. This lecture analyzes varied iconic visions of the Haram (the sacred sanctuary) of Mecca. A close and attentive gaze at the late medieval and early modern images of Mecca suggests a crucial change and shift in the mode of the depiction of the holy sanctuary. Moreover, the earlier flattened and two-dimensional images of the sanctuary, which, as I argue, contributed to the hierophany of the sacred and suggested its relic character, were replaced by perspectival images that evoked veracity and authenticity and fixed the sacred space within its larger geographic setting.

Avinoam Shalem is the Riggio Professor of the History of the Arts of Islam at Columbia University, and is presently the Robert Sterling Clark Visiting Professor at the Clark Institute in Williamstown, Massachusetts. He is currently directing three research projects at the Kunsthistorisches Institute in Florence: Crossing Boundaries, Creating Images: In Search of the Prophet Muhammad; Gazing Otherwise: Modalities of Seeing in the World of Islam; and The Chasuble of Thomas Becket in Fermo: A Biography. Professor Shalem is one of the directors of the international, Getty-supported project Art Space and Mobility in the Early Ages of Globalization: The Mediterranean, Central Asia and the Indian Subcontinent 400-1650.