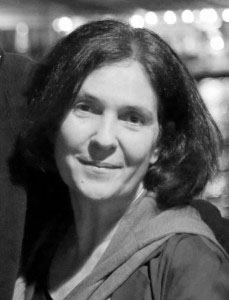 Living with Difference: Shared Religious Sanctuaries in the Ottoman Lands

Note: This lecture will be held in the Banatao Auditorium, 310 Sutardja Dai Hall, UC Berkeley.

In this talk, I will discuss the sharing of sacred sanctuaries by the three great monotheistic religions across the Mediterranean, with particular examples from the history of the Ottoman Empire. At first sight, sharing the same sacred sites would seem impossible in a monotheistic world characterized by total submission to a single God. And yet in the Mediterranean world it is not unusual for followers of different religions to frequent the same shrines. In the past, and even today, numerous believers — Jews, Christians and Muslims — have prayed together in the holy places of another religion.

Shared sacred sites are religious sanctuaries where people from different and potentially antagonistic religious and ethnic backgrounds are able to live with difference, accommodate others’ religious needs, and publicly negotiate their otherness. The sharing provides key insights into characteristics and features crucial to the cultivation of tolerance and understanding.

I will traverse the territories of the Ottoman Empire to give examples of shared sites, discuss their origins and transformation over time, and describe the subtly negotiated nature of numerous practices that make for long periods of tolerance among religious groups. These examples will show how it is possible to accommodate to the other, even in a world riven by religious differences.

Professor Barkey is a major figure in comparative and historical sociology, whose work on the Ottoman Empire illuminates how empires have managed ethnic and religious difference in comparative and historical perspective. Her works include: Bandits and Bureaucrats: The Ottoman Route to State Centralization (Cornell University Press, 1999) and Empire of Difference: The Ottomans in Comparative Perspective (Cambridge University Press, 2008). Her current research examines shared sacred spaces and the politics of pluralism. Her work is featured in sharedsacredsites.net, a new website on this topic.