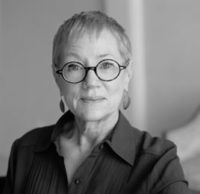 Milton and the Syntax of Faith

In Book 11 of the Confessions, Augustine attempts to contemplate the mystery of time and, in particular, the temporal embeddedness that makes human beings particularly unqualified to comprehend eternity. In this lecture, I will be tracing the same double imperative in the poetry of John Milton: apprehension in and of time while in the hope and before the judgment of eternity. In particular, I will be looking at the figurative and formal means by which Milton evokes the prior-and-yet-to-come that is at the heart of the world system to which he subscribes: to the mysterious overlay of time and timelessness that allows divine foreknowledge and free will among humans to co-exist in a non-contradictory relationship.

Note: Gregerson will also be offering a poetry reading at 2pm in 300 Wheeler Hall on the 25th.

Linda Gregerson is the author of six collections of poetry, most recently of Prodigal: New and Selected Poems (Houghton Mifflin Harcourt 2015). Among her earlier books, Magnetic North (2007) was a finalist for the National Book Award; Waterborne (2002) won the Kingsley Tufts Poetry Award; The Woman Who Died in Her Sleep was a finalist for both the Lenore Marshall Award and The Poets Prize. Gregerson has also received awards from the American Academy of Arts and Letters, the Poetry Society of America, the Modern Poetry Association, the Guggenheim Foundation, and the National Endowment for the Arts. Gregerson teaches at the University of Michigan, as Distinguished University Professor of English and Creative Writing, and is also a Chancellor of the Academy of American Poets.