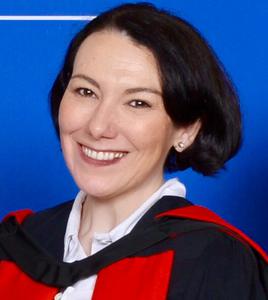 Caroline Humfress, Professor of Medieval History and Director of the Institute of Legal and Constitutional Research, University of St Andrews

A rule for living can hide in a story, in an ascetic admonition, in a theological treatise, in a letter, in a charter, in a law, or in the acta of councils of concerned bishops. This lecture explores some of the myriad different ways in which rules were made explicit in Late Antique Christian communities. What, for example, can the genre of village contracts or written covenants with ‘holy men’ tell us about the ways in which political space and social action were imagined and re-imagined? And how might Late Antique examples of associational constitutionalism help us to re-shape our own, 21st-century, ‘democratic imaginaries’?

Caroline Humfress is Director of the University of St Andrews’ Institute of Legal and Constitutional Research and Postgraduate Convenor of the MLitt in Legal and Constitutional Studies. She has published widely on the history of Late Antiquity (c.200-600 AD) and is currently finishing a monograph for Oxford University Press: Multi-legalism in Late Antiquity. She has also published on the history of empires, recently co-editing a volume on Law and Empire: Ideas, Practices, Actors, in addition to researching early Christian history and ecclesiastical law. Some of her recent research also explores contemporary approaches to law and legal history within the disciplines of anthropology and sociology. Recent international research projects include the European Commission-funded project Power and Institutions in Medieval Islam and Christendom and The Cambridge Comparative History of Ancient Law, the first project of its kind in the field of Comparative Ancient Legal History engaging an international team of scholars in the fields of Ancient Greek, Roman, Indo-European, Near-Eastern and Chinese Law.