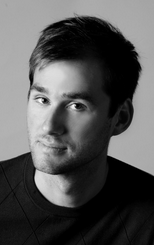 Death Be Not Proud: The Art of Holy Attention

The seventeenth-century French philosopher Nicolas Malebranche thought that philosophy could learn a valuable lesson from prayer, which teaches us how to attend to, await, and be open for what might happen next. In his book Death Be Not Proud (Chicago, 2016), Associate Professor of English and BCSR affiliated faculty member David Marno explores the precedents of Malebranche’s advice by reading John Donne’s poetic prayers in the context of what Marno calls the “art of holy attention.”

After an introduction by Niklaus Largier (German, Comparative Literature, BCSR), Marno will speak briefly about his work and then open the floor for discussion.

David Marno’s work concentrates on the intersection between literature and religious practice, in particular on the relationship between prayer, meditation, spiritual exercises and poetry. He has published on religious and secular concepts of attention, on apocalypse as a literary and political figure, and on philosophy of history and comparative literature. His first book Death Be Not Proud: The Art of Holy Attention (Chicago, 2016) reads John Donne’s Holy Sonnets as a site where the bonds between premodern devotional, literary, and philosophical investments in attentiveness become visible. The question of when and why prayer requires attentiveness is at the center of his current project, which focuses on prayer in the aftermath of the Reformation.

Sponsored by the Townsend Center for the Humanities.