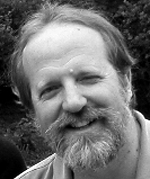 In recent research on the concept of 信, “belief,” in Song dynasty (960-1279) China, I have discovered a surprising pattern in twelfth-century occult anecdotes (narratives told as true, recording human interactions with gods, ghosts, and other spirits): it appears that both “believing” and “disbelieving” a proposition or representation from another being, human or spiritual, were treated as unreliable and dangerous by the anecdotes’ tellers, while terms meaning “suppose,” “suspect,” “take it to be that…,” which seem to refer to developing a view not from another’s proposition or representation but from one’s own observation of one’s situation, are treated as yielding views that are much more reliable, though far from infallible. At Berkeley, I will present new research examining whether the same interesting pattern holds in parallel sources for the previous major dynasty, the Tang (618-906), or whether it is a product of change between the two periods.

Robert Hymes received his B.A. from Columbia College (1972), and his M.A. (1976) and Ph.D. (1979) from the University of Pennsylvania. His work so far has focused on the social and cultural history of middle period and early modern China, drawing questions and sometimes data from cultural anthropology as well as history, and using the methods of the local historian to study elite culture, family and kinship, medicine, religion, gender, and (currently) the changing role and form of Chinese social networks from the tenth through the seventeenth centuries. His publications include Statesmen & Gentlemen: The Elite of Fu-chou, Chiang-hsi, in Northern & Southern Sung (Cambridge, 1987); Ordering the World: Approaches to State & Society in Sung Dynasty China (Berkeley, 1993, co-edited with Conrad Schirokauer); and Way and Byway: Taoism, Local Religion, and Models of Divinity in Sung and Modern China. Both Statesmen and Gentlemen and Way and Byway won the Joseph Levenson Prize of the Association for Asian Studies for the best book on pre-1900 China in their years of publication.