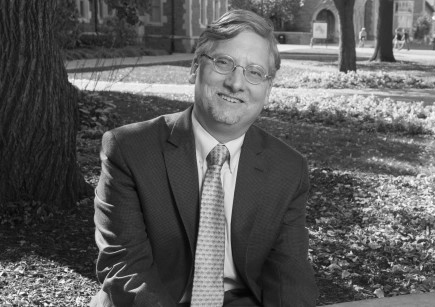 Modern constructions of religious liberty often left atheists and nonbelievers out. Long after the ratification of the First Amendment, it remained an open question whether religious freedom included irreligious freedom. Counted an intolerable danger to the commonwealth, atheists were frequently denied equal rights and liberties; several states barred them from holding offices of public trust, and their competence as witnesses was routinely questioned. The picture changed dramatically in the middle decades of the twentieth century as the principle of neutrality—that the state was to treat believers and nonbelievers with impartiality—became the constitutional norm. Yet, in scoring a series of wins at the Supreme Court level, atheist plaintiffs only looked all the more intolerable. Dwelling on the experiences of a handful of atheist objectors in this heyday of secularist activism, the lecture examines just how limited the toleration of the irreligious remained in the 1960s and 1970s—and often still remains.

Leigh Eric Schmidt is the Edward C. Mallinckrodt Distinguished University Professor in the Humanities at Washington University in St. Louis. He joined Washington’s John C. Danforth Center on Religion and Politics in 2011.

From 2009 to 2011, he was the Charles Warren Professor of the History of Religion in America at Harvard University; from 1995 to 2009, he taught at Princeton University where he was the Agate Brown and George L. Collord Professor of Religion and served as chair of the Department of Religion. He has held research fellowships at Stanford and Princeton and also through the National Endowment for the Humanities, the American Council of Learned Societies, the American Philosophical Society, and the Guggenheim Foundation.

Schmidt is the author of several books, including: Hearing Things: Religion, Illusion, and the American Enlightenment (Harvard, 2000), which won the American Academy of Religion Award for Excellence in Historical Studies and the John Hope Franklin Prize of the American Studies Association; Consumer Rites: The Buying and Selling of American Holidays (Princeton, 1995); and Holy Fairs: Scottish Communions and American Revivals in the Early Modern Period (Princeton, 1989), which received the Brewer Prize from the American Society of Church History. His latest book, Village Atheists: How America’s Unbelievers Made Their Way in a Godly Nation, published by Princeton University Press in October 2016, examines how atheists and freethinkers have fared in American public life.

Schmidt has appeared on a number of NPR programs and other radio shows to discuss his books, including All Things Considered, Voice of America, and Religion Matters. He has commented on current issues in American religion and culture for outlets like The Atlantic, The New York Times, The Wall Street Journal, Christian Science Monitor, and the San Francisco Bay Guardian. He also serves on the editorial boards of the Journal of the American Academy of Religion, Religion and American Culture, Practical Matters, and Religion & Politics.

The annual Berkeley Lecture on Religious Tolerance provides a campus and community forum for a preeminent scholar to address a topic related to religious tolerance, broadly considered. Established in 2014, the Tolerance lectures are generously sponsored by the Endowed Fund for the Study of Religious Tolerance.