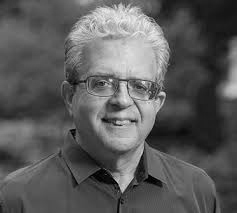 A White Stone for Belfast: One Take on Religious Politics

This lecture asks what “religious” politics might be given the deconstruction of the concept of “religion” that has taken place over the past several decades, which has uncovered its implicit social, legal, and political agendas from early modernity forward. It takes as its starting point an experience Anglican sisters had in Belfast at the height of the troubles, when they attempted to carve out a space for political action from within their monastic vocation. It goes on to argue for a politics of plural ontologies.

Robert Orsi is the first holder of the Grace Craddock Nagle Chair in Catholic Studies. Professor Orsi studies American religious history and contemporary practice; American Catholicism in both historical and ethnographic perspective; and he is widely recognized also for his work on theory and method for the study of religion. In 2002-2003, he was president of the American Academy of Religion. Professor Orsi has held fellowships from the Guggenheim Foundation, the National Endowment for the Humanities, and the Fulbright Foundation. He is a member of the American Academy of Arts and Sciences. In 2010 he received the E. Leroy Hall Award for Teaching Excellence, Weinberg College of Arts and Sciences, Northwestern University, the highest recognition for teaching offered by WCAS.

The Berkeley Public Theology Program invites innovative thinkers and public figures to Berkeley to reflect on the past, present, and future of theological inquiry. Such lectures spark scholarly conversations on campus and place Berkeley at the center of global conversations on religion and public life.