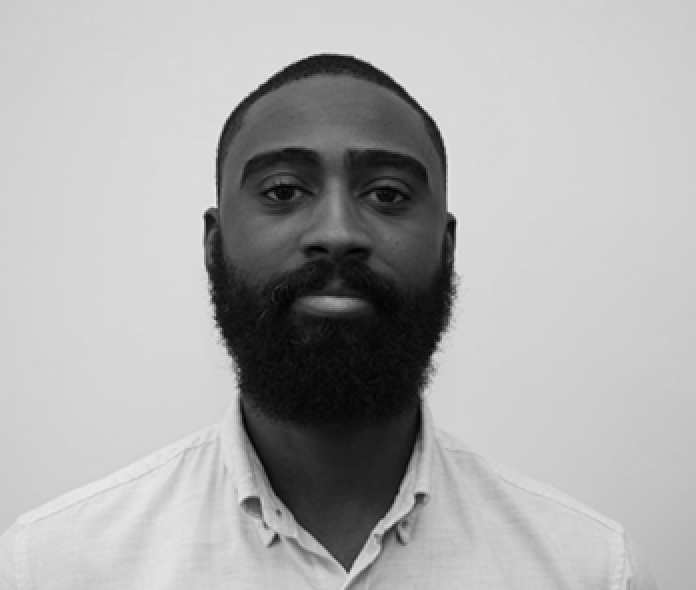 The first in an ongoing series of spotlights on current and recent Berkeley grads working on religion.

BCSR recently caught up with an alumnus of our summer grant program, Dr. Youssef J. Carter. Dr. Carter, presently a College Fellow in the Departments of Anthropology and African and African American Studies at Harvard, won a summer grant from BCSR in 2015 and recently finished his PhD in Anthropology at Berkeley. His dissertation, “Path(s) of Remembrance: Memory, Pilgrimage, and Transmission in a Transatlantic Sufi Community,” attempts to go beyond narrow discussions of Black Muslim identity to explore the transnational networks, traditions, and migrant communities that make up the Black American Muslim population.

We asked Youssef about his dissertation, how he came to his topic, and about his recent and future work. In addition to his dissertation, he has kindly shared and discussed his recent article in the Maydan Journal for Islamic Thought, “History and Memory in Moncks Corner,” which explores how African Muslim identity is cultivated in a Sufi mosque in a small town in South Carolina.

If you would like to read Dr. Carter’s dissertation, please email him at youssefcarter@berkeley.edu. The dissertation is also available via Proquest.

BCSR: Could you tell us about your dissertation and what you see as the big-picture significance of your work?

Dr. Carter: Admittedly, quite a bit has been written in the past on the subject of African-American Muslim life and practices and yet, earlier writings on the subject can be characterized as an exercise in understanding what is particularly Black about being a “Black Muslim.” My project, on the other hand, strays from an emphasis on the manner by which Black Muslim identities emerge from a domestic American context and, instead, centers upon the manner by which Black Muslims are vitally connected to broader transnational networks in which texts and prescriptions for cultivating religious selves circulate. Further, I consider that a term like “Black Muslim” necessitates a broader consideration of identities, points of origin, and nationalities. Academic literatures in the mid-twentieth century that discussed Islam in the United States coined the term “Black Muslim” to refer mainly to African-American Muslims largely affiliated with the Nation of Islam. Over the years, this signification elided both Muslims of African descent living in the U.S. who migrated from elsewhere as well as African-American Muslims who were not affiliated with the Nation of Islam. However, my emphasis echoes scholars like Edward Curtis and Paul Gilroy in order to arrest the term “Black Muslim” away from its North American presumption into a more diasporic framework of black religious tradition.

My dissertation intervenes broadly in a moment where national political discourse bends heavily toward the myth of Islam as necessarily foreign and Muslims as migrant invaders. Furthermore, most studies of Sufi networks de-emphasize the inclusion of American Muslims into diasporic networks that varying kinds of mobility and economy make possible. Finally, my work attempts to dialogue with prior scholarship that highlights an intersection in diaspora studies, Muslim studies, embodiment and religion by understanding how West African Sufism is deployed to address cultural and historical trauma amongst Muslims of African descent in the United States and beyond.

BCSR: How does your Maydan piece on a mosque in South Carolina relate to your dissertation?

Dr. Carter: The exposé that I composed for Maydan Journal, entitled “History and Memory in Moncks Corner,” was an introduction to a bigger story about African-American and West African Muslims in the American South who have collaboratively built a community, centered around a mosque in South Carolina, for the purpose of personal and spiritual growth. The mosque is named “Masjidul Muhajjirun wal-Ansar,” which translates roughly into “place of prostration (mosque) for migrants and their assistants/helpers.” This naming references the story of Prophet Muhammad(saws) and his community’s transition from Makkah to Madinah as a means of escaping religious persecution. It is there that the young religion first pushed its roots into the soil and gained political stability from which vital relationships were established with nearby communities in 7th century Arabia. At the same time, however, this name must also be understood as an apt signifier of the vital relationship between local South Carolinian Muslims of African descent and their West African brethren and sistren who have migrated to the region. It is a name that describes the mutuality of economics and of cultural exchange held between two components of a single community.

My dissertation highlights the fact that while we might assume that its leader, Shaykh Arona Faye, is primarily responsible for the mosque’s founding, there are others who have played a significant part in the financing and culmination of what is lovingly referred to as a “hospital,” where members and visitors come to focus intently on religious study and immersing themselves in the pedagogical force that the Mustafawiy Sufi Order affords. Shaykh Arona Faye al-Faqir, a Senegalese religious specialist, left West Africa in 1994 to spread the message of Islam in the United States. The message expressed through Shaykh Faye helps his followers to ground themselves in a tradition that stresses dissolution of the ego (taskiyyat-ul-nafs) as a means of moving closer to Allah.

It should be noted, however, that Shaykh Faye’s entry into Moncks Corner, South Carolina was directly a result of his marriage to Umm Aisha Faye, an African-American Muslimah who resided in the small blue-collar town. After teaching for a couple of years amongst the Charleston Muslim community, they decided to pool their collective resources to found Moncks Corner’s first mosque on Carolina Avenue. Together, they birthed a zawiyah (place of refuge/ corner) for local Muslims and transplants from more urban areas who seek healing and expansion from within a religious tradition that many enslaved Africans brought with them as were forcibly taken from their own homelands. That the mosque is placed on land (Old Highway 52) where enslaved Africans were made to labor against their will is not insignificant to the processes of identification and discourses surrounding the importance of travel (to West Africa) and growth amongst the Mustafawiy in Moncks Corner. Hence, I identify the processes of religious transition toward Islam, on the part of African-American Muslims in particular, through a West African mode of Islamic esotericism as “reversion” due to the narratives of return to the lost faith of ancestors that are mapped onto conversion.

Dr. Carter: The BCSR grant gave me the support needed to conduct vital ethnographic research in both Moncks Corner, South Carolina and in Senegal. Being able to travel between both sites allowed me to track the transatlantic flows of my interlocutors as they engaged in discourses of migration/repatriation that were combined with spiritual tourism. The funding provided by BCSR allowed me to carry out the logistics of a multisite project where religiously-motivated travel was articulated as indicative of personal growth in a Black Atlantic context. Furthermore, I examined how the recitation of West African Sufi praise poetry by African-American Muslims contributed to a diaspora sense of self.

Dr. Carter: I was first introduced to the Moncks Corner Muslim community upon an initial visit in 2008 as I was invited to accompany an older friend who at the time was a student of Shaykh Arona Faye. Our purpose for traveling four hours by car south was to participate in the Eid al-Fitr celebration that was sponsored by the mosque and hosted at a local middle school nearby. Immediately, I was captivated by what I perceived to be mostly American and West African Muslims who were dressed in either elegant West African or Middle-Eastern attire. What set a more lasting impression on me, however, was the sheer hospitality of the community that took seriously its task of hosting guests and they treated us as if we were already well acquainted.

At the center of the event was an elderly West African man of small stature who somehow commanded so much attention from a gymnasium full of people, which seemed to burst with activity. It quickly became apparent that in the middle of the ornately-dressed crowd, one figure directed the evening’s itinerary. Shaykh Arona Faye al-Faqir revealed himself to me as a charismatic and light-hearted figure who graciously offered his guests plates overflowing with Senegalese cuisine complemented by southern comfort foods. His sense of humor provided welcomed breaks from the enthusiastic lectures about the importance of remembering Allah, taking religion seriously, and commemorating the recent passing of Shaykh Mansur Escudero—one of Shaykh Faye’s foremost students in Cordoba, Spain. Even then, I was left with a meaningful impression of this modestly-sized community which had earned itself a reputation for unsurpassed hospitality and a spiritually-enlivening atmosphere. I was fascinated by the African-American Muslims who seemed so profoundly influenced by their West African Muslim counterparts.

Throughout my time spent in Moncks Corner in 2014 and 2015, there were multiple candid conversations had on the topic of police violence and its impacts on black communities in the United States. The responses that I witnessed ranged from confusion, anger, and sadness. While there were not collectively sustained and in-depth discussions about the nature of protests that were happening in various locations around the country, the community was generally aware of the implications of state-sanctioned violence and the responses seen in the broader public as revealed through mass media outlets.

Thus, discussions of spiritual care and healing that take place in the Muslim community of Moncks Corner are imbued with such concerns of freedom from societal oppression and individual degeneracy. Time spent within the community via close attention to public lectures, candid conversations, and even dark humor expressed in the mosque, in homes, and while traveling has revealed this. In my discussions with Muslims in Moncks Corner, the zawiyah has been consistently described as a “hospital” in order to provide a language that encapsulates a central purpose of spiritual cultivation in which discourses of the heart and nafs (Arabic: lower desires/ego) are shared between teacher and student. To be clear, the metaphor of “the hospital” as identified by Shaykh Arona Faye registers on two levels: this image works primarily for us to give shape to the manner in which the zawiyah houses those who suffer from both harmful character traits and the cultural trauma produced through a collectively imagined past that is substantiated by actual historical reality, while also referring to the strategies of spiritual care that are designated for the Mustafawiy Sufis and those who make the effort to visit the zawiyah.

BCSR: What are your future research plans?

Dr. Carter: Moving forward, I will conduct further research in Cordoba, Spain amongst Muslims who are affiliated with the Mustafawiy Tariqa in order to examine how the deployment of West African Sufi training in European (i.e. anti-Muslim) political space makes particular kinds of memory and selfhood possible. This past and future research will contribute to a monograph that thinks about the mobility and maintenance of a West African Sufi tradition that plays a part in knowledge transmission, collective memory, and transatlantic spiritual networking in Senegambia, Spain and the United States.

BCSR: Thank you for your time, and best of luck!