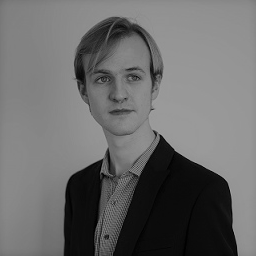 As part of our series spotlighting UC Berkeley graduate student research, BCSR recently had the opportunity to sit down with Simon Brown,  a doctoral candidate in European History. His dissertation is tentatively titled “Useful Subjects: English Practical Divinity and Useful Knowledge from Reformation to Enlightenment.”

Brown: My dissertation traces how English practical divinity, including genres such as sermon manuals, devotional guides and preaching styles, offered a theory of how people learn that valued “practice” as the best means to teach those deemed insufficiently Christian. This way of understanding knowledge and pedagogy, I argue, informed theologians, statesmen and political economists who advocated teaching “useful knowledge” of arts and trades, particularly to the poor and their children, in order to advance England’s wealth. The thinkers and texts I follow popularized the idea that knowledge had to be used in order to be learned, which led their contemporaries and successors to advocate general education focused on manual labor and mechanical arts, even above Christian doctrine. This story shows how concerns raised by the Reformation over edifying the ignorant and ending controversy persisted and guided schemes for social improvement and national enrichment that are often associated with a secular turn toward the Enlightenment.

Devout English Protestants in the seventeenth century argued that their commitment to sustained work and sober devotion uniquely benefited the economy, and scholars of religion since then have debated whether these groups played a unique role in the history of modern capitalism. Theorists since Max Weber have turned the story of the Protestant origins of capitalist work discipline in England into a model for how forms of religion can spark a process of secularization. Rather than studying “discipline” broadly defined, my dissertation specifically focuses on the ways theologians and political commentators wrote about the kind of knowledge necessary for people to become good Christians, then industrious subjects, and how to teach even to the “meanest capacities.” The importance of practice as a means to do this binds the project to raise good Christians and the effort to cultivate a laboring population. This project also contributes to recent discussions about the interpretive possibilities of studying religions as sets of practices rather than beliefs. The story I’m telling suggests that Christian theologians began identifying religion with practice as early as the Reformation, precisely as a way to claim to avoid theological controversy.

BCSR: What makes these sermon manuals, preaching style and devotional guides “practical”? What was unique about this practical divinity in England?

Brown: Churchmen and publishers began using the term “practical divinity” in the early seventeenth century to describe the work of ministers who had written about how to preach and care for a parish, particularly ignorant or challenging ones, just one generation earlier. “Practical divinity” became popular over the following decades, and writers claimed that European Protestants held English books of this kind in particular esteem. The fact that immensely popular books such as The Practice of Piety by Lewis Bayly were translated quickly into German for massive audiences suggests they were correct. One commentator described sermons that appealed to their listeners’ “Use” of the doctrines in daily life as the “English method” of preaching. 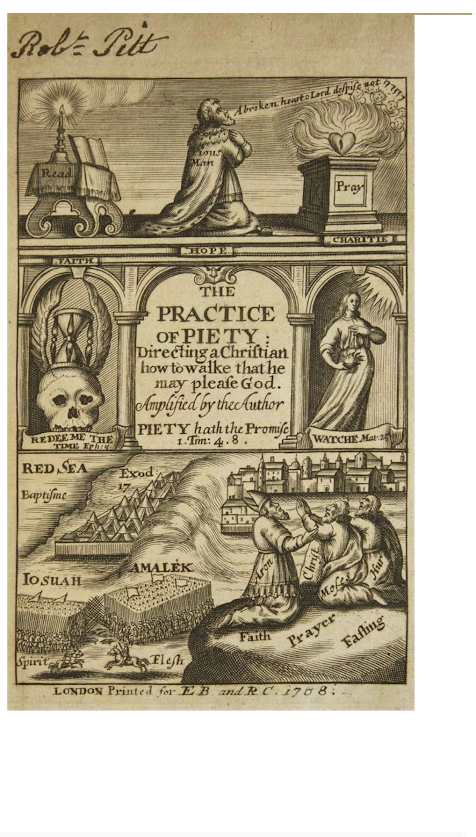 What they meant by “practical” could refer to a few things, and as I trace the history of these texts I try to show how it came to encompass more and more until the term began to appear everywhere. On one hand, the early manuals for sermon composition and delivery were supposed to be practical, rather than theoretical, because they focused on how to teach a congregation rather than how to logically deduce an argument. Over time that aspiration to be practical spurred churchmen to write guides for when to pray and how to act — not just what to believe — for lay people. By the late seventeenth century many of these books were assigned by name (often the only ones that were) to be taught to children in charity schools. On the other hand, these texts could claim to be practical because they valued good practice, sometimes described as “godly” behavior or “manners,” among hearers and readers as a mark of true religious belief. To try to instill these behaviors, the texts instructed preachers and readers to focus on doctrines that they could actually use in life rather than the ones that theologians speculated about and argued over. At the same time that these genres developed and more readers encountered them, churchmen from across an otherwise divided theological spectrum began to describe all knowledge of Christianity as “practical” rather than “speculative” in their treatises and sermons. The term, then, can refer both to the increasingly common view that Protestants ought to value practice, and the texts and genres that tried to teach those practices.

Brown: My research so far has taught me how much the imperative to promote useful knowledge in late seventeenth-century England was not just a call for scientists and engineers to design new technologies, but also an effort to spread certain kinds of knowledge across the entire population. Schemes to spread knowledge of handicrafts and “manufactures” shared a commitment with practical divinity to reach all people. We often hear about living in a “Knowledge Economy” today, and how the importance of information technology has made learning new skills necessary for young students and unemployed manufacturing workers. This understanding of the unique conditions of our current economy has had profound implications for education. Through my dissertation I want to trace a deeper history of how people have sought to reform education to fit a particular vision of economic change, and how those visions have relied on ideas about knowledge, schooling and poverty supplied by genres like practical divinity.

Brown: BCSR has fostered an engaging community for me to discuss questions about the study of religion in history, the coherence of secularization narratives, and all of the deep problems that confront scholars working in this area. These questions have opened up debates among scholars from across the disciplines, and it only makes sense to learn about them with mentors and colleagues outside of my department. I’ve found the Prayer Research group, for instance, a great opportunity to learn about the study of religious devotion from literary scholars. BCSR’s support for a seminar on Religion and History that I organized with my colleague Grace Goudiss in the fall of 2017 allowed us to address theoretical questions and read work beyond our subfields, which has helped me better understand the stakes of my colleagues’ work and my own. All of my dissertation advisors (Ethan Shagan, Jonathan Sheehan and David Marno) are affiliated with BCSR, and through their mentorship all of them have helped sharpen my thinking about religion, theology and devotion.

Brown: I’ve just returned from archival research in Great Britain for the last few months and I’m writing my dissertation now. I’m currently workshopping a potential journal article about debates over divinity education, the purpose of schooling and the possibility that there could be too many ministers in England in the seventeenth century. I plan to read some manuscript collections at the Folger Library in Washington, DC and the Huntington Library in Pasadena this summer. I’ll hopefully have the opportunity to present my work at conferences in the coming year as I continue to write.