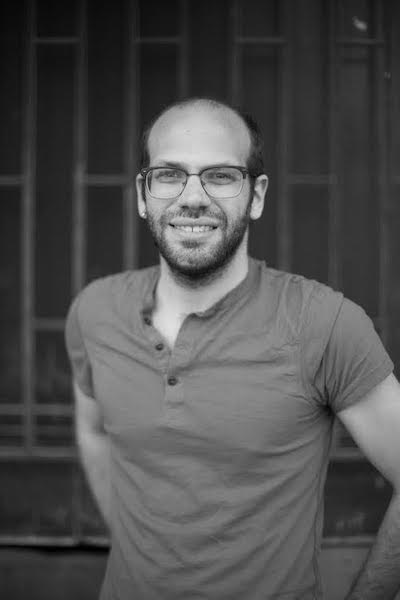 As part of our series spotlighting UC Berkeley graduate student research, BCSR recently had the opportunity to sit down with Raphael Magarik, a doctoral candidate in English with emphases in Early Modern and Jewish Studies. His dissertation is tentatively titled “Who Narrates the Bible? Reformation Commentary and English Verse Culture”. The project intervenes in pressing questions in biblical studies, the history of Protestant theology and the Reformation, as well as modern literary theory. In March, Raphael’s article, “Free Indirect Revelation: Luther’s Moses and the Narration of Genesis,” will appear in the journal Reformation. The article shows how Luther imagined and portrayed the narrator of the Book of Genesis in his lectures on Genesis from 1535-6.

Magarik: My dissertation argues that Protestant Bible commentators invented the idea of the biblical narrator. That is, starting with Luther and Calvin, Protestant readers started to imagine the biblical text as reflecting both a divine author and a human, mediating, narrating presence. In the case of the Pentateuch, the first five books, that meant Moses. The second part of the project argues that this transformation in Bible interpretation in turn transformed how English poets wrote their own, biblically themed narrative poetry.

The project should interest scholars and students of religion, I think, because it’s a tricky, counterintuitive way in which some of the features of imaginative literature we think of as most decidedly secular — ironic misdirection, ambiguity about foundational truth, the instability of asserted truth claims, and the gap between narrative voice and authorial intent — turn out to be at home in, and sometime emerge out of, a rigorously orthodox theology of revelation and its attitudes toward the Bible.So I think my argument complicates some pretty fundamental binaries that even scholars sometimes implicitly assume: between received dogma and poetic invention, religious orthodoxy and secular literature, and so on.

BCSR: What do you argue in your forthcoming article on Luther and Exegesis for the journal Reformation, and how does this article fit in with your PhD research?

Magarik: The article, “Free Indirect Revelation: Luther’s Moses and the Narration of Genesis,” is drawn from the first chapter of my dissertation. Basically, it’s a careful reading of how narration works in Luther’s lectures on Genesis. I uncover a number of surprising effects: Luther attributing words to human characters that Genesis clearly has God speaking, for instance, but also Luther imagining Moses crying as he writes down the Flood narrative and writing the story longer than he otherwise would because of his distress. There are even moments in which Luther identifies what literary critics today call “free indirect discourse” in Genesis: words ostensibly spoken by the narrator that actually turn out to reflect a character’s perspective.

I argue that Luther has a more complex, interesting sense of how revelation works than previous scholarship has recognized. That is, Luther understands Scripture to be complexly mediated by layers of ministerial, preaching human intent — ministers within the text like Adam and Noah, as well as the minister of Genesis itself, Moses, and ultimately Luther himself as an extra-textual minister. I suggest that, faced with the basic tension between his core commitment to a “sola scriptura” ideology of reading the text on its own and without supplement, on the one hand, and the practical needs the Reformation created for endless, ongoing commentary and interpretation, Luther started to see Genesis itself as internally mediated. That is, the text has a complex structure of commenting on, reflecting on, and reshaping itself. In the broader dissertation, this argument is part of my study of the source of the Protestant idea of Moses.

Magarik: I became an early modernist — and a scholar of biblical epic in particular — in part because I wanted to find a way to combine my interest in modern novels with my love of studying old, philologically dense, religious texts. And in some sense, thinking about that balancing act and what it involves has led me to many of my central questions: what exactly is secular literature? is it different from religious scripture, and if so, how? What kinds of histories connect them to each other, and how did they come to be differentiated as categories?

Those questions have a particular urgency in contemporary America. One of the major divisions in American society is over the status and meaning of the Bible: for some people it is the authoritative word of God, and for others, it is an outdated relic of a primitive culture. That’s overly schematic, of course, and yet I think there’s a real cultural clash here. One of the reasons I think we study past literatures and religious formations, I think, is because occasionally they contain cultural possibilities that challenge what seem today like basic binaries. I think the Genesis of Protestant commentators and poets is a surprising, refreshing third way in conversations about religion and secularism. It’s a way of reading the Bible that, at least in theory, ought to satisfy even some quite fundamentalist intuitions about the Bible’s origin and meaning, while nonetheless making room for internal critique, for doubt and uncertainty, even for a certain amount of subversion and irony. I hope I can persuade some readers that a lot of what they think is special about secular literature actually turns up in Luther, Calvin, John Milton and Lucy Hutchinson; meanwhile, I hope I can persuade others that their commitments to received, revealed truths constrain how they interpret religious texts much less than they might have thought.

Magarik: Well, everyone on my committee — Victoria Kahn, David Marno, Joanna Picciotto, and Robert Alter — is affiliated with BCSR, so that’d be a long answer! Without listing what I learned from each one, I’d say that something Berkeley has which is special, and which BCSR has been a home for, is a way of reading that takes seriously the meeting place between literature and religious thought, without shrugging off the demands of history. I’ll also say I got an enormous amount out of a Prayer reading group that David Marno and Joanna Picciotto organize with Niklaus Largier. And then finally, when I was preparing for my orals, I got a crash course from Daniel Boyarin in the history of religious studies and arguments about what “religion” actually is. That made it much harder for me to ever say anything about “religion” at all as a category — thankfully, in a way that ultimately proved very productive for me. So that’s the beginning of an answer.

Magarik: This year, I’m presenting chunks of the dissertation at conferences, focussing on the later, more literary chapters. Next semester, as I’m revising and working on the introduction, I’m hoping to get one of those out to a journal. After that, the next step is to start the long process of publishing a revised version of the dissertation as a book. As for a career, we’ll see; I’d certainly like to work as a scholar and teacher of English literature, though obviously that’s not the easiest gig to get these days.

BCSR: Thank you for your time, and best of luck Raphael!