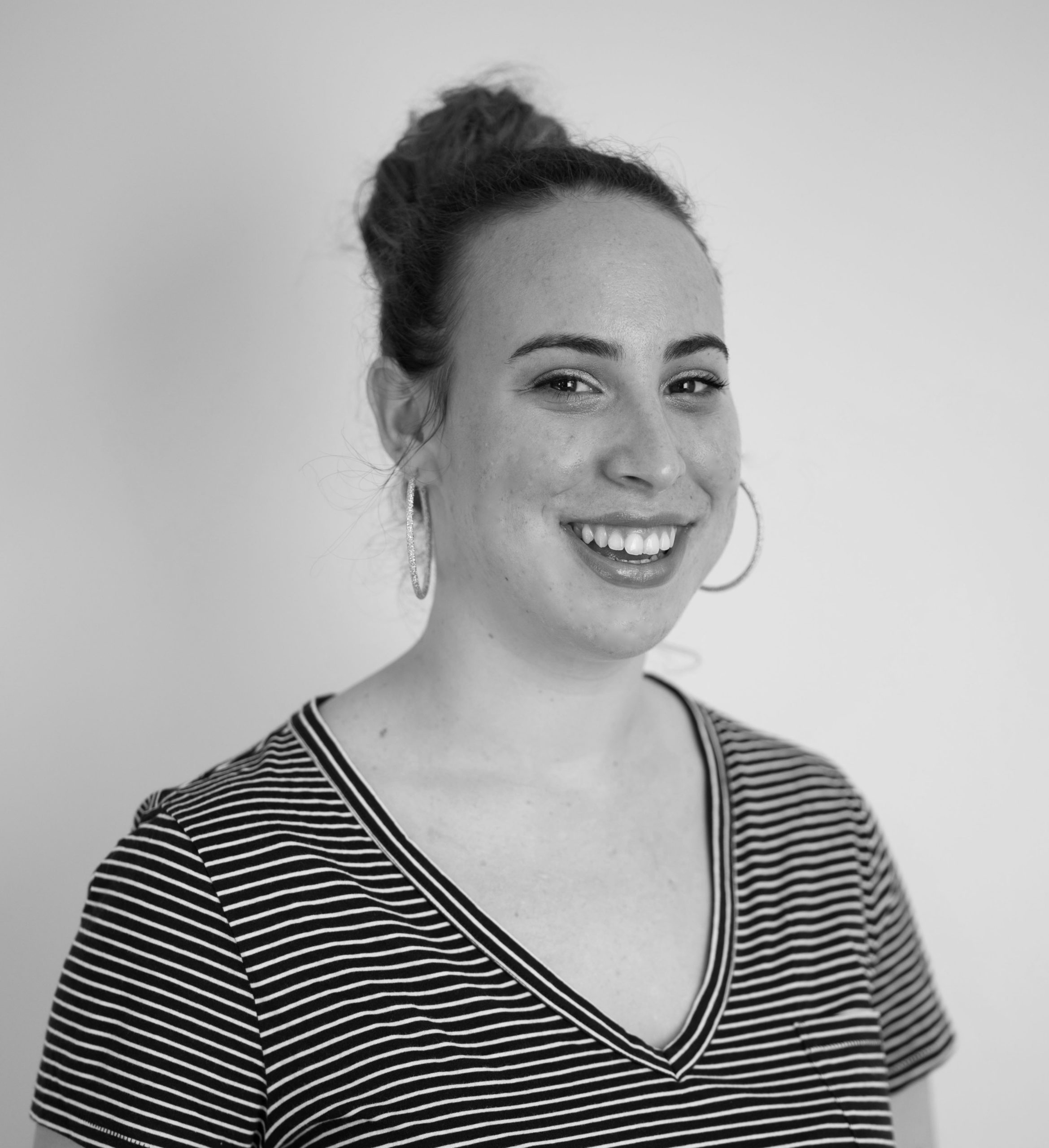 As part of our series spotlighting UC Berkeley graduate student research, BCSR recently had the opportunity to sit down with Grace Goudiss,  a doctoral candidate in North American History. Her dissertation is tentatively titled “California Converts: the ‘Cult Scare’ and American Politics, 1965-1988″.

Goudiss: My project focuses on the intersection of religion, race, politics, social movements, and counterculture in California and the US. My main goal is to construct a new narrative about religious politics that centers New Religious Movements (NRMs), more commonly known as “cults.” I’m interested in stories that directly contradict the scholarly and media-driven stereotype of cults as insular and on the fringe of mainstream society. More specifically, I write about the Peoples Temple and the Unification Church—as well as their powerful allies and foes. My dissertation demonstrates that far from operating merely on the margins, these movements were ensconced in and had influence over the political and historical moment in which they were produced and existed. I argue that this is important in understanding the highly dynamic, diverse, and complex nature of postwar American religious history, and its role in politics, which has, by and large, ignored the influence of NRMs in favor of more visible and numerically significant groups like white evangelicals. That compared to more familiar religions NRMs scarcely made a huge dent in the population is precisely the point—the so-called cult scare took on a disproportionate amount of media attention and was truly a moral panic that drew the attention of millions of Americans who saw it as a major existential, political, and spiritual crisis. Exploring the ways in which this constituted such an intense social and cultural flashpoint allows us to more fully understand the social, political, and moral fault lines of the 1970s and 1980s.

I mainly focus on two NRMs: Peoples Temple, led by Jim Jones, and the Unification Church, led by Sun Myung Moon. The story of Jones and his temple represents one of the most notorious and tragic episodes relating to “cult” activity, as he led nearly one thousand Americans, including a sitting Congressman, to their deaths by suicide and murder in 1978 at the group’s compound located in Guyana. My research on this group has sought to understand it in terms of broader coalitions on the American left, as explored through the Temple’s deep connections to the radical left and to the Democratic party. By contrast, Moon’s Unification Church aligned itself with the right, and its theology featured a fiercely anti-communist strain.  Moon had fled communist North Korea in the 1950s, and felt that America’s struggle against communism was an existential one of good against evil. Moon and his church had access to vast economic resources through various business and media ventures, and thus by the 1980s were able to forge ties with powerful conservative interest groups and individuals. While Moon formed relationships and provided patronage to conservative groups, the “moonies” were among the most significant targets of a robust anti-cult movement (ACM). 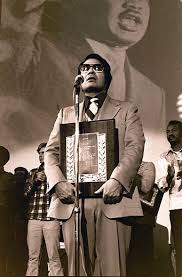 BCSR: Tell us a bit more about the Anti-Cult Movement and its evolution in light of the New Religious Movements:

Goudiss: My work explores the parallel development of the ACM alongside NRMs, and how crises surrounding changes in/the decline of the American family fueled the so-called cult scare which in turn shaped political discourse and law. The ACM was comprised of religious and secular grassroots organizations, usually helmed by family members concerned about loved ones who had apparently fallen victim to “the cults.” The government had to manage calls for reining in “cult activity” on behalf of relatives and a concerned public while also balancing the first amendment rights of the NRMs and the (generally adult) people who joined them. This struggle brought to the fore major questions of religious freedom, personal choice, the role of government in matters of faith, and the nature of free will itself.  Ultimately, I argue, the discourse expounded by both NRMs and the ACM was highly significant in the increasing salience of family values politics, made so familiar by so-called religious right in the 1980s. This Christian right plays an important part in my story as well, as I trace the reaction of Christians (as well as other religious groups including Jews) to the perceived threat of NRMs. In doing so, my work shows how the cult scare impacted and was itself shaped by the ascent of a powerful Christian conservative coalition during Ronald Reagan’s presidency, which remained deeply divided over the cult issue. Many right-wing Christians’ attraction to activist conservative principles drew them toward a group like the Moonies, and their commitment to religious freedom often brought them to the defense of NRMs more generally. But many others found Moon’s theology and that of other NRMs spiritually suspect and feared the corruption of the American people, and of America’s heritage as a Christian nation, by nefarious and even satanic forces. I hope to show thus that the religio-political situation of the 1980s and beyond was critically shaped by the actions of and attitudes towards NRMs, which brought about important debates about the relationship between religious and political identity, the role of religions in the public sphere and of government in religions, and the management of religious difference.

Goudiss: This work developed most directly from an earlier project I did on Peoples Temple, the tragedy at Jonestown, and the group’s connection the American left, especially in San Francisco. My research indicates that far from being just a fringe group of religious radicals, brainwashed to commit suicide at the whim of an unhinged leader, the Peoples Temple and its leader Jim Jones were deeply embedded in a broad spectrum of left politics. They sustained a striking number of high profile connections to everyone from radicals like Angela Davis to Democratic party bigwigs like California lieutenant governor Mervyn Dymally and many others including famed gay rights martyr Harvey Milk. Nor were these connections purely superficial: in 1976, for instance, Jim Jones was appointed to the San Francisco Housing Authority by Mayor George Moscone. This work got me thinking about the lack of understanding of New Religious Movements as an integral part of religious and political history, and also the under-explored complexities involving race, radicalism, and spirituality that ran throughout the Peoples Temple tale. Jones meticulously crafted his own image as simultaneously a respectable preacher, leader of a progressive interracial coalition, and a radical antiracist communist. The theological, political, and demographic composition of the group was also striking: it was at various times communist and Christian, and largely comprised of African-American women and included people of all ages and backgrounds. Furthermore, the story held promising global implications, as Jones not only campaigned for racial justice in the United States, but acted as a significant liaison between the US and Guyana, a socialist post-colonial society where he settled Jonestown in 1974. The deeper I dug in, I realized that this project could lead in exciting directions for the history of postwar religion and politics, civil rights history, and global Cold War politics, among other avenues.

I would say another thing that has encouraged my interest in this topic is the imbalance between (often) more nuanced scholarly historical work on the topic of NRMs and the absolute deluge of popular media/culture sources on ‘cults’. Scholars in religious studies, sociology, and other fields have produced invaluable work on this subject, exhibiting sensitive and learned approaches and methodologies. As public interest in cults consistently grows, however, these complex approaches are usually supplanted by sensationalism, and more and more popular books, documentaries, and podcasts are released all the time. I have found, however, that much of this work—while it can be really informative and fascinating—too often repeats tropes of the anticult movement, viewing NRMs as intrinsically violent, exploitative, or just plain kooky. While I make every effort to acknowledge the undeniable harm suffered by members and their families as a result of group membership, I do question the claim that people who join these groups are/were crazy, and that violence and extremism are these movements’ defining characteristic. I thus follow many scholars of NRMs in suggesting we see them not as aberrations, but rather in a more continuous vein of American religious diversity. I hope that by integrating the history of some of these movements with that of political and social history, and embedding their stories in a solid historical context, my work might in some small way encourage a rethinking the strangeness of “cults,” and the category of cult itself.

Goudiss: The BCSR has been a great asset in my work on this subject. Prof. Karen Barkey, a BCSR board member, has been my outside advisor and essential to my progress. As a sociologist specializing in shared sacred sites, Karen has pushed me to think about my work in sociological terms in order to clearly understand the relationships between my groups and society writ large, and how to deploy concepts like pluralism and tolerance in the context of the cult scare. The recent hire of Ronit Stahl has likewise proven indispensable to the development of my project as she is an expert in 20th century American religion and a wonderful mentor–the presence of the BCSR’s strong set of affiliated faculty including Ronit has been a boon to students like myself working on religion-focused projects in the absence of a department dedicated to such studies. Furthermore, various events and workshops, led by scholars like Jonathan Sheehan, David Hollinger, and others have provided me with informal but invaluable access to works on religion from across the university and the nation in ways that has really broadened my thinking on my own topic. Finally, the BCSR has helped me and other graduate students looking to study religion through promoting our own initiatives. I am thinking here especially about their support in providing a space for my colleague Simon Brown and me to conduct our own course in 2017, “Religion and History,” in which we brought scholars from across the university (and beyond it) to discuss pressing issues in their fields with regard to the historical study of religion.

Goudiss: I am currently in the research phase of my dissertation, so my plans involve more trips to far-flung—and nearby—archives as I continue to plan and write. In the next couple of months I will be visiting Santa Barbara, Los Angeles, Ann Arbor, Cincinnati, New York, and various sites around the Bay in hopes of uncovering more sources. I also plan to conduct interviews with group members who are still around, as well as to begin the process of preparing some materials for publication. I am also very excited about the work I am doing with UC Berkeley’s History and Social Science  Project—this summer we will be holding two summer institutes funded by the National Endowment for the Humanities for high school teachers from around the country to spend a week in the Bay Area to encourage new and improved ways of teaching students about the home front during World War II.