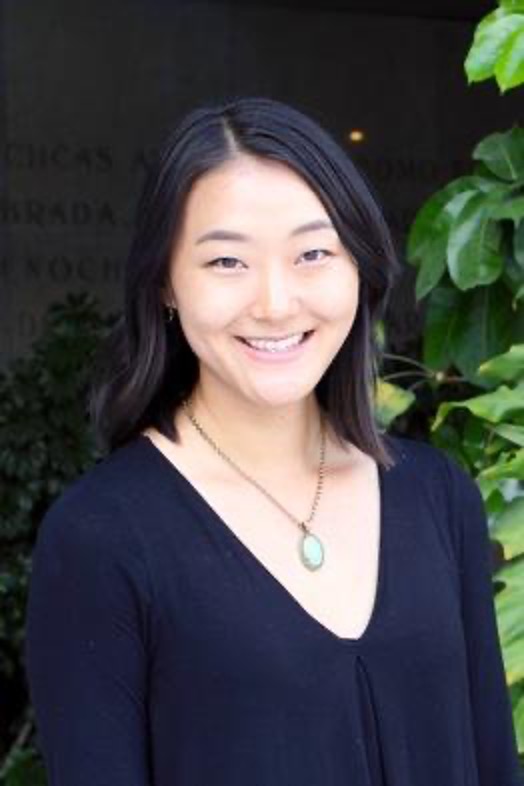 As part of our series spotlighting UC Berkeley graduate student research, BCSR recently had the opportunity to sit down with Rachel Lim, a PhD Candidate in Ethnic Studies studying Korean diaspora in the Americas. She is completing a dissertation entitled “Itinerant Belonging: Korean Transnational Migration to and from Mexico.” Her work has been recently published or is forthcoming in The Journal of Asian American Studies and Verge: Studies in Global Asias.

BCSR: Could you tell us how, personally and professionally, you became interested in religion and diaspora more generally? Did broader political or social concerns play a role in shaping your research?

Lim: My interest in the intersections of religion and diaspora are deeply personal. Like many other second-generation Korean Americans, I grew up in the Korean American Protestant church. In both Lawrence, Kansas and the suburbs of Northern Virginia, the church was the primary social institution through which I learned what it meant to be Korean American. But it was also the vector through which I encountered the world beyond the United States. South Korea is one of the largest per capita missionary-sending countries in the world, and the Korean American churches in which I grew up were actively involved in global evangelicalism through financial and spiritual support as well as “mission trips,” short-term visits by church members to evangelize to “unreached” peoples.

I think my long preoccupation with the entanglements of race, ethnicity, and religion really comes from the struggle to make sense of this personal history. As an undergraduate student at the University of Virginia, I wrote a senior thesis on Korean American women and campus church organizations, and I entered graduate school intending to study the role of Korean American missionaries abroad. A preliminary research trip during the summer after my first year of graduate school led me to Mexico, where I encountered the little known history of Korean migration to the Yucatán peninsula in the early twenty-first century. I ended up shifting my research focus to Korean migration to Mexico, but the early concerns about race, ethnicity, religion, and belonging are still foundational to my approach.

Lim: Since the first Korean migrants arrived to Mexico in 1905 as contract workers to the henequen haciendas of the Yucatán peninsula, they have been characterized by multiple migrations and transient settlement patterns—a pattern that can still be seen among more recent waves of Korean migrants to Latin America in the late twentieth and early twenty-first centuries. My dissertation focuses on a particularly mobile group of Korean migrants currently residing in Mexico but connected to many other social locations across the Pacific and the Americas. I use the analytic device of “itinerant belonging” in order to analyze the vexed positionality of Koreans in Mexico, whose ambulatory attachments and multiple loyalties challenge the dominant teleology of migration, in which immigrants leave a homeland and, slowly over time, become incorporated into another.

Instead of taking settlement as the starting point, my research centers the experience of mobility. Since ancient times, nomadic groups have faced intense scrutiny, suspicion, and stigma. Yet in our global world, temporary migrants—guest workers, international students, transit migrants, seasonal workers, digital nomads—are forming an increasingly larger percentage of the world’s population on the move (though, perhaps not now, during the detainment of movement during the pandemic). My dissertation examines how communities like Koreans in Mexico—a group defined by their historical mobility—build belonging. Instead of taking settlement as a prerequisite for belonging, I analyze alternate socialities, cultural imaginaries, and networks where belonging is practiced through, and not despite, transience.

My broader research agenda centers on the histories of migration, race, and nation between Asia and the Americas in the twentieth and twenty-first centuries, and I seek to tell stories across regions that are rarely thought of together. By bringing Mexico into the study of the Pacific World, and Asian migration into the story of modern Mexico, I show how migrant itineraries help us understand a broader story about how the global circulations of people, ideas, goods, and capital reshape the lived experiences of globalization, particularly outside the hegemonic pathways of the Global North.

Lim: There is a lively scholarship on Korean American religion that focuses primarily on the role of Protestant Christian institutions. This is perhaps unsurprising considering the fact that 61% of Korean Americans identify as Protestant Christians, according to a recent Pew survey. In the United States context, much of this work has been defined by the framework of immigrant incorporation. Are Korean American churches cultural havens that “preserve” ethnicity or civic sites that facilitate assimilation? The vantage point of Korean Protestants in Mexico City helps us see churches beyond a nation-state framework. For Koreans in Mexico, I argue that churches are a hemispheric social infrastructure, a network of networks that produces repeated contact among a highly mobile population. Beyond providing narratives of spiritual and moral continuity for migrants who often feel peripheral in their host societies, churches facilitate the formation of social lives that span the Americas. The global horizons of Korean Protestant Christianity are particularly resonant for transient migrants, who use the idioms of spiritual cosmopolitanism to give moral coherence and meaning to stories of repeated dislocation across different local, national, and regional contexts.

BCSR: How do you utilize concepts and/or research from religion scholars in your work?

Lim: Scholars of Asian/American religions and especially the Asian Pacific American Religions Research Institute (APARRI) community have had a profound impact on my scholarly development. Bringing together the political commitments of Asian American studies and an attentiveness to the practices, habits, and ideas that shape alternative worlds, APARRI scholars have provided important blueprints for my own work on Korean diaspora in the Americas. At Cal, a graduate course on secularism & secularity taught by the late Saba Mahmood turned my attention to the myriad ways that individuals inhabit religion beyond the transcendent and supernatural. Another course taught by Carolyn Chen, a dissertation committee member and BCSR affiliate, clearly illuminated the mutual imbrications of race and religion and pushed me to think about religion in a broader comparative and relational context. Finally, scholars of transnational religion have also influenced how I think about migration beyond state-centered approaches. In fact, the central conceit of my dissertation, “itinerant belonging,” was inspired by Thomas Tweed’s meditations on religion as crossing and dwelling.

BCSR: What are your future research or career plans?

Lim: I am planning on graduating this semester, so most of my time has been spent finishing up my dissertation and finalizing postdoctoral plans. In the future, I hope to transform my dissertation into a book and I have begun to prepare some sections for publication as articles. I am also working on a second major project that examines the Korean independence movement in the Americas in the first half of the twentieth century. Protestant church institutions and sensibilities are a key part of this story. I also hope to eventually do something with a series of small papers I’ve written on Korean and Korean American religious nationalism and settler colonialism.