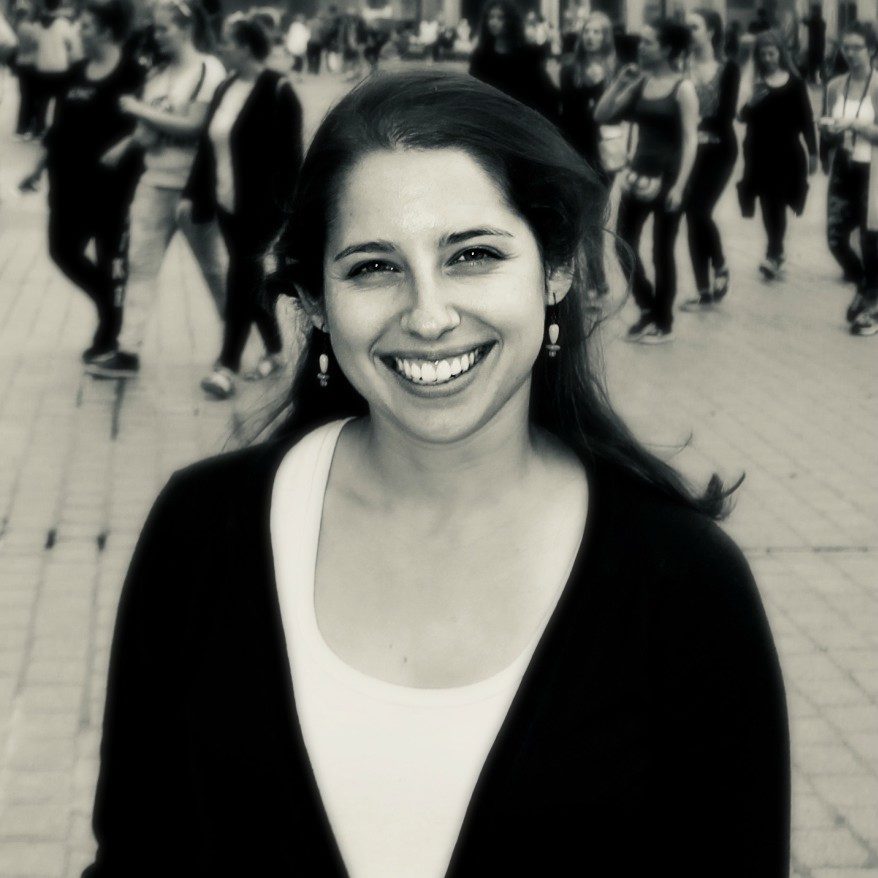 As part of our series spotlighting UC Berkeley graduate student research, BCSR recently had the opportunity to sit down with Madeline Lesser, a PhD student in English. Her dissertation is titled “Bad Prophets: the Aesthetics of Uncertainty in Revolutionary England.”

Lesser: My dissertation explores the writing of “bad” prophets in the English civil wars. While scholars looking back on this time period tend to the figure of the prophet as a sovereign, inspired individual, speaking God’s word in his own mouth, the prophets and prophetic poets at the center of my project emphasize “the uncertainty of knowledge in this life.” I argue that they turn to literary form to convey an experience of the divine that could be felt in the ongoing transformation of the present, but never confined to a singular, authoritative articulation. That is, literary form, through its capacity to hold together seeming contradiction, becomes for them a means of expressing the infinite, incomprehensible workings of God.

My project joins a body of scholarship that challenges the idea of religious belief as something that can be known, had, or held. It instead demonstrates continuities between religious belief and aesthetic indeterminacy; God—as Elizabeth Poole, the seminal bad prophet of my project, puts it—is “neither this nor that.” From Milton’s metaphors to Lucy Hutchinson’s rhyming couplets, I show how works of prophetic literature eschew revelation and teleology in favor of indeterminacy and contradiction. Ultimately, of course, labeling these writers “bad” prophets is tongue-in-cheek; my project demonstrates how uncertainty is endemic, not external, to the prophetic mode. The frontispiece of the 1661 Mirabilis Annus, or the Year of Prodigies and Wonders. The Mirabilis Annus is part of one of the most popular genres of seventeenth-century prophecy: prodigy pamphlets, which collected and recorded sightings of unusual natural phenomena—from strange lights in the sky to the shape of clouds—as signs of divine will.

BCSR: What is unique about prophetic writing during this period?

Lesser: Prophecy starts with the Bible, and a tradition of prophetic writing in England can be traced back to the twelfth century. But the English civil wars witness an explosion of prophetic writing due to advances in printing technology and the social and political upheavals of the revolution. Astrological almanacs actually outsold the Bible during this period. In addition to the sheer volume and popularity of prophetic writing, prophecy of the civil war period was distinguished by its markedly factional character. There were both parliamentary and royalist astrologers, who often read the same astrological sign as evidence of the other side’s demise. And both royalists and revolutionaries understood their success or failure on the battlefield as the ruling of divine will. Basically, if we expand our understanding of prophecy from an experience of direct revelation to an attempt to understand divine will, whether by interpreting the Bible, providence, or astrological phenomena, all English people were prophesying during this period.

In my final chapter, I hope to explore the afterlife of bad prophecy in the Romantic period, which witnesses a resurgence of prophetic writing in the tumult of the French Revolution. Last year, I had the opportunity to spend a week at the Harry Ransom Center at UT Austin, looking through archival materials related to nineteenth-century prophet Joanna Southcott. Southcott, who begins to receive revelations at age 42 and claims to be pregnant with the Messiah at age 64, has been estimated to have had up to 100,000 followers. But prophets were by this point largely dismissed as “enthusiasts.” Though many Romantic writers revive the prophetic mode, drawing specifically on the prophetic tradition of the English civil wars, they do so with a self-consciously secularizing impulse.

A caricature of Joanna Southcott, a nineteenth-century prophet who claimed to be pregnant with the Messiah at age 64. Several of the doctors who examined her reported that she showed signs of pregnancy.

I first came to this topic through a research seminar on the literature of the English revolution in which we read the prophecies of Elizabeth Poole. In December 1648 and January 1649, Poole twice comes before Cromwell and the New Model Army to offer her advice on the regicide. The fact of her appearance is itself astonishing; at this most crucial moment of the revolution, the army calls in a consultant prophet (and a woman prophet, no less!) to advise them on the divinely ordained path forward. But scholars have often been disappointed by the content of Poole’s messages. She’s difficult to follow, and insists more than once that “the knowledge of God passeth all understanding.” In a seminar paper that became the foundation of my dissertation, I argued that Poole understood divine will as something that could be felt with and through others, but not known by the individual—a prophetic mode founded on the Leveller ideals of toleration and compassion circulating in the 1640s, and one that revises typical descriptions of prophetic authority.

While Congress may not call in prophets to reveal divine will, the explosion of prophetic writing during England’s revolutionary period reflects a concern that we see daily playing out in the news: the polarization of the public sphere. Revolutionary England witnessed the emergence of partisan politics, and grappled with the problem of sect and schism to an unprecedented degree. From the Aldermanbury Accords (in which religious leaders decided not to discuss any doctrinal disagreements) to Parliament hunting down and imprisoning publishers of heretical texts to prophets pronouncing divine will, the history of the English civil wars can be understood as a series of socio-political experiments, questioning how to mediate between newly divergent perspectives in the absence of absolute sovereign or ecclesiastical authority. In a sense, my project evolved from my desire to understand how literature might not only reflect partisan political divisions, but actually attempt to alter and reshape them.

I have benefited immensely from the research and mentorship of the BCSR faculty on my committee, including Joanna Picciotto, David Marno, and Jonathan Sheehan. I have also found conversations with fellow members of the New Directions in Theology cohort incredibly thought-provoking and helpful; seeing how graduate students are tackling similar questions in widely disparate disciplines and contexts—from the sectarianism of contemporary Egypt to the role of prophetic knowledge in Islamic medicine—has helped me both deepen and refine my project.

This spring, I am revising my first few chapters, and presenting my research at conferences. After that, I hope to write a final chapter on the legacy of bad prophecy in the Romantic period, focusing on the secularized prophetic mode of Mary and Percy Shelley. I’ll be applying to postdoctoral and tenure-track positions this fall.