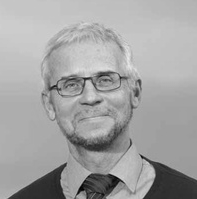 The Invention of God

Thomas Römer, Professor of the Hebrew Bible at the Collège de France and the University of Lausanne

Who invented God? And what does “inventing” a god mean? This talk will trace the evolution of the deity of the great monotheisms―Yhwh, God, or Allah―by tracing Israelite beliefs and their context from the Bronze Age to the end of the Old Testament period in the third century BCE. We will draw on a long tradition of historical, philological, and exegetical work and on recent discoveries in archaeology and epigraphy to locate the origins of Yhwh in the early Iron Age, when he emerged as a god of the wilderness and of storms and war. He became the sole god of Israel in fits and starts as other gods, including the goddess Asherah, were gradually sidelined. But it was not until a major catastrophe that Israelites came to worship Yhwh as the one god of all, creator of heaven and earth, who proclaimed a special relationship with one people. This was the rise of Judaism.

Thomas Römer is Professor of the Hebrew Bible at the Collège de France and the University of Lausanne.