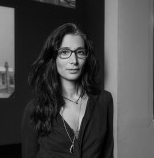 Video Showing and Discussion, with an Introduction and Response by Robert Alter

In my talk I will discuss ways in which religious rituals affect civilian protocols in Israel and Palestine.

To explore this link between ritual and routine, I will conduct a chronological overview of my work, which, in examining the connections between religious codes and everyday actions, will address different notions of the real and surreal, documentary and fiction, and the ways in which these practices relate to self-preservation and the political in the holy locations I observe.

Video artist Nira Pereg’s work has been collected and exhibited at Center Pompidou Paris, PS1 New York, Hirshhorn Museum DC USA, HDK Berlin, KW Berlin, ZKM Karlsruhe, The Israeli Museum of Art in Jerusalem, House Der Kunst Munchen, Edith-Ruß-Haus für Medienkunst, Kusntahlle Dusseldorf, The Tel-Aviv Museum of Art, and at various festivals and galleries. She is the recipient of the Nathan Gottesdiener Foundation Israeli Art Prize for young artists, and has shown at the Shanghai Biennial, the Sao Paulo and Architecture Biennale, and the Venice Biennale.

For more information on Pereg and her work, please visit nirapereg.net

Robert Alter is Emeritus Class of 1937 Professor of Hebrew and Comparative Literature at the University of California at Berkeley. He has twice been a Guggenheim Fellow, has been a Senior Fellow of the National Endowment for the Humanities, a fellow at the Institute for Advanced Studies in Jerusalem, and Old Dominion Fellow at Princeton University. He has been awarded the Los Angeles Times Award for Lifetime Contribution to American Letters and the Charles Homer Haskin Award for career achievement from the Association of Councils of Learned Societies. His numerous publications cover topics ranging from literary aspects of the Bible to the modern European and American novel and modern Hebrew literature.