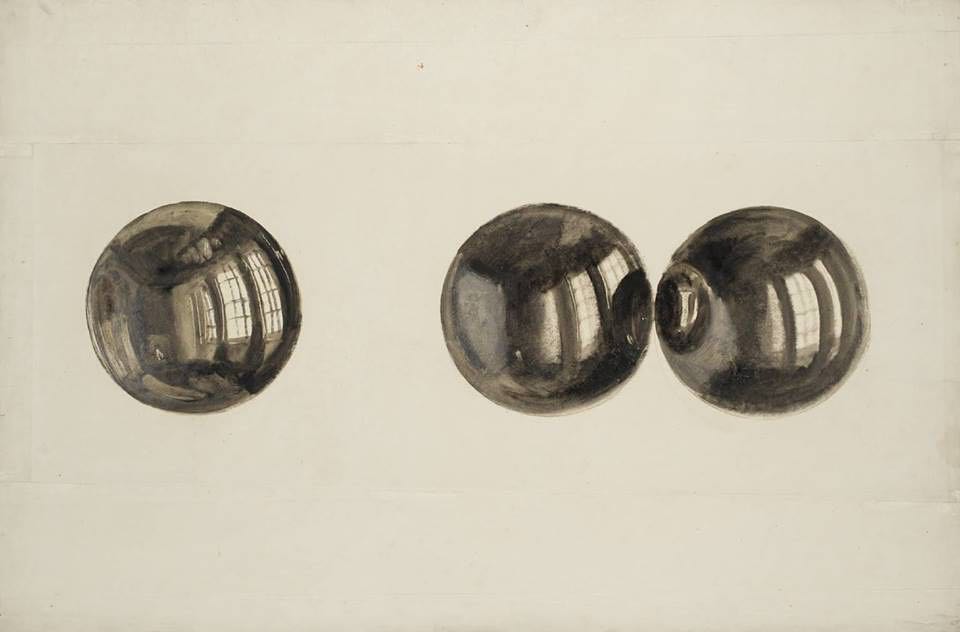 Dealing With Infinity: Art and the Transformation of the Symbolic Order

A genealogy of the historical forms of imagination or of attentiveness in literature and the other arts traces these forms back to epistemological realms that predate aesthetic experience: to the medieval formation of the soul, to attentiveness in prayer practices, and even further back to Aristotle and Plato (s. N. Largier, Marno). If the institution of secularity, first introduced by Luther, provokes – as Largier argues – the transposition and reconfiguration of mysticism into the new epistemological realm of aesthetic experience rather than a gap in history, if the modern invention of autonomous art should thus not be thought of as a novum but as a transformation or a shift in a historical continuum, then this question has another substantial dimension: What causes these shifts, what do these reconfigurations take account of?

Co-sponsored by the Department of German.

For a shareable version of the schedule below, please see the Event Program.

Eric L. Santner is The Philip and Ida Romberg Distinguished Service Professor in Modern Germanic Studies at the University of Chicago
From Sacred Life to the Life of Glory: The Vital Sphere in Giorgio Agamben
The paper offers a critical overview of the now completed Homo Sacer project in which Agamben explores the question of how the authority of (above all, political) institutions and their representatives gets under the skin of living beings such that their lives are lived as if in answer to such authority. “Homo Sacer” or “sacred man” is the name of a figure first mentioned in archaic Roman law whose being, as Agamben argues, manifests the extreme consequences of the incarnated answerabilty that endows life with an ambiguous and ambivalent sacrality. The project furthermore explores the resources of philosophy, art, and literature for elaborating practices of profanation, ways of separating out a new space of otium from the otherwise compulsive negotiations with power that constrain our capacities to imagine new forms of life.

Helmut Draxler is Professor of Art-Theory at the University of Applied Arts, Vienna
Art and the Non-existence of Public Space: The Symbolic Conditions of an Aesthetics of Truth
A double condition stigmatizes the modern world: the failure of the attempt, revolutionary or otherwise, to found a truly Public Space is coupled with the indefinite expansion of the liberal Public Sphere. All of modernity’s cultural and social symbolic forms are situated within this categorical split. Although a key feature of these forms concerns their claim to unmediated validity and autonomy, the practices through which these forms are determined depend on the mediation of highly heteronomous procedures: the discursive, institutional, and mediatic dimensions of the Public Sphere. Art for example, constitutes and thereby is Public Space, but this constitution is subject to the conditions of the Public Sphere. Thus I would like to suggest here that art because of its double condition represents its own misrepresentation; its invocation of autonomy and its claim to the unconditioned, the infinite, and the true, must be interpreted as a response to its mundane and all too finite demands. The challenge is not how to overcome the split—because the split reproduces itself precisely in the attempts to overcome it—but to recognize it as the fundamental structure of the Symbolic Order as such, and therefore, to conceptualize it onto logical, historical and political dimensions.

David Marno is Associate Professor at the Department of English, UC Berkeley
The Time of Prayer
Having delivered his enemies from the threats of the island and having promised to deliver the story of his life to them, Prospero turns to the audience and prays for their indulgence. The gesture is a familiar one. Other renaissance plays, among them Shakespeare’s own Midsummer Night’s Dream, end with a plea for the audience to forgive the players’ faults. In The Tempest, however, Prospero’s final prayer ties this forgiveness to the question of freedom: only with the audience’s dispensation will he be able to leave the island and return to Milan, which is to say, only then will the symbolic order of the world be reinstated. It makes sense for this particular play to end on a note of freedom: throughout the action, Prospero has been manipulating his animal laborans (Caliban) and his homo faber (Ariel) to create the very threats of the island from which he could then release his enemies. But what is the role of prayer in this complex political economy of different kinds of bondage? Specifically, is there a connection between prayer and freedom? A key to answering this question is the devotional and legal concept of locus poenitentiae or place of repentance, which suggests that in order to perform the act of repentance, one first has to find the proper place for such action. Since in The Tempest this locus is in time rather than in space, the play’s central concern turns out to be with the question of what form the act of repentance requires, whether such form is compatible with the freedom of the act that is supposed to provide the community with a new foundation. These are the questions I will explore in my paper.

Simone Stirner is PhD Candidate at the Department of Comparative Literature, UC Berkeley
“Die Kunstblinde”: Measuring the Present with Celan’s Lucile
Against the background of the workshop’s inquiry into the relation between art and the transformation of the symbolic order, this paper turns to Paul Celan’s reading of Georg Büchner’s figure Lucile at the intersection of art, relationality, and public space. Lucile, whom Celan calls “Die Kunstblinde,” the one “blind to art,” perceives language otherwise and in doing so turns into a model for a radically different kind of perception, attentiveness, and relationality. “Blind to art,” her character challenges us to ground the “actualization of a heterogeneity” neither in the realm of history nor in a never-to-reach, future horizon but rather under the “acute of the present” as Celan puts it.

Niklaus Largier is The Sidney and Margaret Ancker Chair in the Humanities, Professor of German and Comparative Literature, UC Berkeley
Folding the Infinite: From Contemplative Practice to Aesthetic Experience
In my presentation I will focus on three moments of medieval theories about contemplation: mimetic practice as speculation; the notion of aisthesis in contexts of reading and contemplation; and the production of experience that entails the circulation of percepts, affects, and concepts along the lines of experimental configurations that ‘fold’ the infinite into the realm of aisthesis. While modern readings of these practices tend to emphasize their ‘private’ or their ‘religious’ character I will try to understand how might think of them as practices that establish a sphere of experience and a pedagogy that undermines the distinction between public and private, secular and religious.

Hana Gründler is Visiting Professor of Philosophy, FU Berlin and Permanent Senior Research Scholar at the Kunsthistorisches Institut in Florenz/ Max-Planck-Institut
Emotional Perspectives: Reduction, Attention and Contemplation in the Třeboň Altarpiece
Through a close, “phenomenological” reading of the visual and pictorial strategies displayed in the so-called Třeboň Altarpiece (1380-1390 ca.) on the one hand, and a thorough analysis of devotional texts such as the Meditationes Vitae Christi or the Vita Christi on the other, the paper seeks to investigate the complex relationship between “emotional” imitation, “aesthetic” immersion and “ethical” contemplation. As we shall see, the Bohemian Order of the Augustinian Canons, who were among the first to translate a variety of religious texts in vulgari and who insisted on the importance of a Discursus in contemplatione, played a fundamental role in the conceptualization of the altarpiece that was commissioned for their church in Třeboň. Both the emphasis on the representation of strong, though reflective emotions shared by the mourners as well as the uncommon use of almost empty spaces in the panels – a “void” that should be “entered” by the faithful – underline the importance of specific practices of attentiveness that are by no means only individual or private, but that create a common space of imagination and of relatedness. A “public space” that is virtual and – through the material presence, formal composition as well as physical disposition of the paintings – real at the same time.

Devin Zuber is Associate Professor of American Studies, Religion and Literature, GTU at Berkeley
Temporary Bodies, Tasting the Infinite: Marina Abramović’s Collective Durational Works
The Serbian-born performance artist Marina Abramović has long been concerned with how her work engages with, relates to, and constitutes a “public body,” (in her words): modes of being with and among others. What is happening when “nothing happens” in Abramović’s large-scale “public participatory experiences”? Her ostensible stripping-down and removal of formal content (or the artist) produces not a formless-ness, I would argue, but reveals instead something about contemporary art’s negotiations between “good” and “bad” kinds of infinity. These enormously popular assemblages of highly emotive “energy exchanges”– over 100,000 visitors experienced *512 Hours* at the Serpentine – are not political or utopian in their instantiations of a temporary public. Rather, they show the transposition of an inner apophatic feeling within the symbolic order into a collective aesthetic experience that is keyed around dislocating senses of time and self-dissolution. I am interested in embedding Abramović’s own “language of love” about these performances within an older discourse of the theological: in both its public and mystical forms and think how these aesthetics re-order affect and sense experience under contemporary conditions.