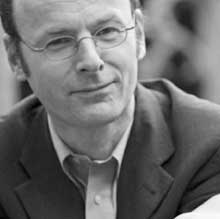 Christoph Baumgartner, Associate Professor of Ethics at the Department of Philosophy and Religious Studies, Utrecht University

It has been argued that acts that offend religious sensibilities could stimulate public debate about religion, politics and society. Believers who feel offended by, e.g., images that denigrate their religion should counter the offense by actively participating in the discussion about such images instead of calling for political action or legal restrictions of freedom of expression. In his lecture, Christoph Baumgartner will explore the possibility that under specific circumstances, such counter-speech can be effectively silenced. This results from specific constellations in public debate where the ‘felicity conditions’ of equal participation in public debate are not in place for members of religious minorities, or for proponents of views that are in conflict with dominant assumptions in society. Baumgartner suggests that a political-ethical understanding of democratic citizenship as ‘collective virtue’ can help us to understand, and possibly deal with this ‘phenomenon of silencing.’

Christoph Baumgartner studied theology and chemistry at the University of Tübingen, Germany. Since 2004 he has been a professor of ethics in the department of philosophy and religious studies at the University of Utrecht. Principal topics of his current research and teaching include: religion in the public sphere, freedom of religion and freedom of expression, secularity and (post-) secularism, citizenship, environmental ethics, and the ethics of war and terrorism.

The Berkeley Public Forum on Religion is a program of the Berkeley Center for the Study of Religion.