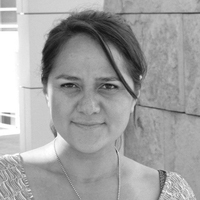 Art history has approached female monastic culture in New Spain through the lens of crowned-nun portraiture, a late colonial genre that reaffirmed a nun’s position as a mystical Bride of Christ. This has led to scholarly neglect of female imitatio Christi and the ecclesiastical pretense exhibited by several early modern holy women in Spain and Spanish America. Using examples from Spain, Mexico, and Guatemala, this talk explores the various pictorial strategies for capturing and performing an alter Christus status in a transatlantic Spanish world. While I discuss the images from the standpoint of their theological origin and socio-political relevance (they surface during periods of female monastic reform), I also consider their optical demands and how they enlighten our understanding of a mimesis-imitatio correlation.

This event is part of the Dillenberger Lecture Series of the Center for Arts and Religion (CARe) of the Graduate Theological Union; it will be held at the Flora Lamson Hewlett Library, 2400 Ridge Road, Berkeley, CA.